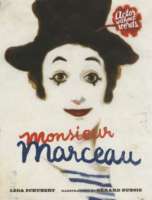 Marcel Marceau, the world’s most famous mime, enthralled audiences around the world for more than fifty years. When he waved his hand or lifted his eyebrow he was able to speak volumes without ever saying a word. But few know the story of the man behind those gestures…

One thought on “Monsieur Marceau”