Children’s and adolescent literature is a wonderful starting place for young readers to begin considering and understanding experiences of immigration to the United States. Many talented authors have provided characters with whom many children and young adults can relate.

Milly Lee (2006) introduces readers to Sun Lee, a 12-year old Chinese boy, who immigrates to America in the book Landed. Sun’s parents believe that there are more opportunities for him in the United States, so they prepare him for his departure. Though Sun is a bit nervous, he knows that his older brothers went to America once they reached the age of 12, so he was ready and willing to make the trek. Sun’s immigration to America was totally voluntary. In the story, the description of Sun’s preparation, traveling experiences, as well as the extended time he remained at Angel Island before he officially “lands,” were a testament to bravery. It was clear at the end of the story that Sun really was happy and proud to be in the United States. Though this story took place in the 1930’s, it provides readers an opportunity to think critically about the entrance of Chinese people who wanted to come to America.

In Immigrant Girl: Becky of Eldridge Street by Brett Harvey (1987), young readers are provided an image of a 10-year-old immigrant girl who has just moved to America from Grodno, Russia. Becky explains that her family came to America to avoid the “terrible pogroms in Russia.” The author Brett Harvey includes a glossary at the end of the story that explains that pogroms are “an organized massacre of Jews.” This story provides another opportunity for students to think critically about another culture, Jewish people, and their reasons for coming to America at the beginning of the century. Many stories of the Holocaust offer other insights to the immigration of Jewish people to the United States. This story is another example of a book that discusses immigration from a positive point of view. Becky and her family struggle to make ends meet, yet she and her family are healthy and happy. This picture book gives readers the impression that Becky and her family voluntarily came to the United States to avoid persecution. In the end, they have found America to be the “land of opportunity.” 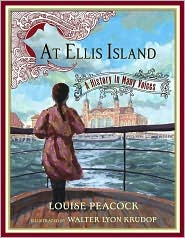 The multigenre book, At Ellis Island: A History in Many Voices (Peacock, 2007) tells the story of children who were immigrants from Europe coming to America on ship. Many of them came alone. Others were coming to meet family that was already in the United States. Nonetheless, they were all coming to a land where they could feel safe and be prosperous. This book is another example of a text that tells the story of immigrants who came to America voluntarily. All the characters had to be both brave and strong in their trip to Ellis Island, yet when they reached the coast, they were delighted to be in this prosperous country. 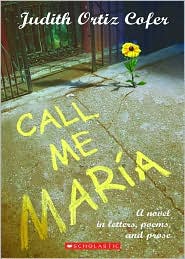 Call Me María (Cofer, 2004) is a true story of María who is from Puerto Rico, a territory of the United States. This adolescent book tells of the conflict of a teenager who faces the choice of coming to New York to be with her father or to stay in Puerto Rico with her mother. Maria’s mother understands the importance of the good education that Maria would receive in New York, but at the same time she is not happy about being separated from her daughter. Ultimately, Maria moves voluntarily. The author, Judith Cofer, attempts to give an honest depiction of what life is like for those who leave the familiar for the unfamiliar and the challenges that María faced in order to take advantage of educational opportunities.

Overall, the immigrant experience described in these books give an affirmative view on why people come to the United States, however, do they portray the true experience for the majority of immigrants? Do they relate the stories of earlier immigrants in our history as well as recent immigration experiences? Immigration laws and immigration reform is a greatly debated issue in the United States today. McGlinn (2007) explains that the number of immigrants of today are similar to the number who arrived in America in the early part of the 20th century, despite what many people think. “A report describing the foreign-born population of the United States in 2003 (based on data collected by the U.S. Census Bureau in the Current Population Survey) shows that the foreign-born population stands at 11.7%, a number that is very close to the 15% from the earlier immigration influx.” Is the experience the same now as it was then? Is it always a positive experience? Do immigrants ever want to go back to their country of origin? Are these topics explored in literature as well?

Consider the Africans who were taken from their country of origin to be slaves in the United States. The Middle Passage: White Ships/Black Cargo (Feelings, 1995), often deemed to have too mature content for younger readers, reflects in pictures the horrors of this journey. Slaves who lived through the journey were forced to live here and to work for free—not the “opportunity” that many immigrant books share. Despite the conditions of their arrival, many slaves dealt with their situation with bravery and strength. Sharon Draper in Copper Sun (2006) tells the immigration story of one character beginning with the heartbreaking story of her capture and journey across the Middle Passage and continuing with the harsh life she endures that reveals her strength. 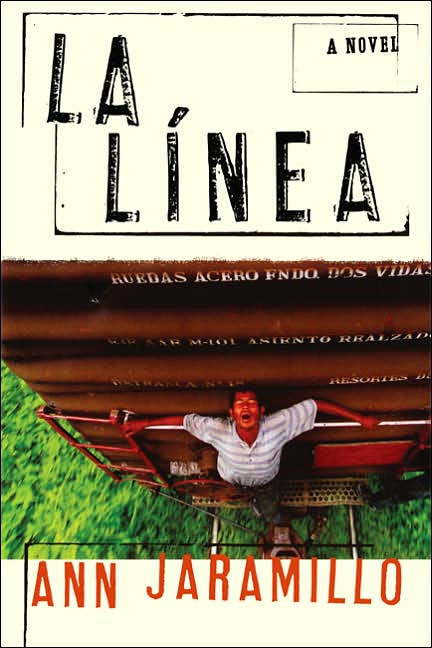 One similarity across immigration stories is that all immigrant characters in children’s and adolescent literature that come to America, whether voluntarily or involuntarily, meet harsh challenges. There is often a good ending, however it is not without sacrifice that immigrants have realized America as “the land of opportunity” — or do they? (This latter question will be explored in next week’s topic.) Last week’s WOW Currents responses talk about La Línea, an excellent example of challenges faced by certain young immigrants. The young man crossing the border realizes that there are many borders that immigrants must cross. While many books exist that address immigration from many different perspectives, are the challenges presented in the literature ones that are realistic. Do the immigration stories authentically represent for young readers the purposes, countries of origin, and complexities of the journey? We are eager to hear of your perspectives and experiences with similar literature.

6 thoughts on “The Immigrant Experience in Children’s/Adolescent Literature”