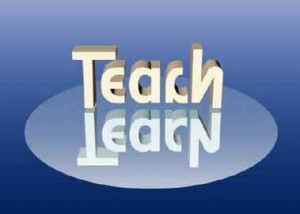 Critically reading books set in global cultures is difficult when you only have surface knowledge about those cultures. In a global literature class, we found that reading a book in the context of other books provided us with perspectives that facilitated more critical reading. One effective strategy was to read paired books that were from the same culture or had similar themes, but provided differing perspectives. These pairings often exposed problematic issues, such as the domination of western views or assumptions about race, class or gender. The books in each pair were selected to reflect opposing points of view and so we were able to read the books against and beside each other, which supported us in uncovering problematic issues. We learned how to read critically as we read globally. 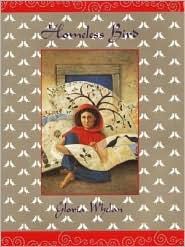 One effective paired book set was Homeless Bird (Gloria Whelan, 2000) and Keeping Corner (Kashmira Sheth, 2007), novels about young girls who become child widows in India. Both books received starred reviews and are considered well-written, powerful novels, but differ in the source of their authorship. Whelan brings an outsider perspective to writing about India, which she came to know through research and traveling to the culture in her mind, while Sheth was born in India, came to the U.S. as a young adult, and grew up with a great-aunt who was a child widow. Our discussion focused on the differences in how the stories are told, not in judging the books as good or bad because of outsider/insider distinctions. We explored differences in what came to be represented in the books through the differing perspectives of the authors.

As we gathered in literature circles, many talked about finding Homeless Bird personally moving with an inspiring message.Then they read Keeping Corner and were struck by the rich details of daily life and culture that were missing from Homeless Bird. In fact, we realized that Homeless Bird read more like a fairy tale, with a focus on plot and a lack of detail about setting. The main character is caught in a downward spiral of negative events that pile up one after the other with stock characters like the evil mother-in-law, a “prince” who takes her away, and a happy ending. This fairy tale strategy made sense, since the author did not have intimate lived experiences in that culture. In contrast, we felt embedded in Leela’s life, culture, and time in Keeping Corner. We were immersed in her story of gradual awakening to issues of tradition, independence, and women’s rights. We lived the story with her rather than observing her story from a safe distance as we did with Homeless Bird. We knew the character in a more intimate way and were still with her as the story ended with hope and promise, but uncertainty.

This experience convinced us on the power of reading books alongside each other and we went on to explore other types of paired books:

– Books with a similar theme, one set in a global culture and the other in our own familiar culture, to facilitate connections, such as The Composition (Antonio Skarmeta, 2003), set in the dictatorship in Chile with Friends from the Other Side (Gloria Anzaldua, 1997), set on the U.S./Mexico border, to consider issues of fear and the use of police intimidation.

– Books that contrast differing perspectives on the same historical event, such as When My Name was Keoko (Linda Sue Park, 2004), a Korean perspective on the Japanese occupation of Korea during World War II, and So Far from the Bamboo Grove (Yoko Watkins, 1986), the memoir of a Japanese child whose father was an occupier within Korea.

– Fiction and nonfiction on the same event and time period to provide a rich informational context for a story, such as Nory Ryan’s Song (Patricia Reilly Giff, 2002) with Black Potatoes: The Story Of The Great Irish Famine, 1845-1850 (Susan Bartoletti, 2005), on the Irish Potato Famine.

Two professional references on paired books that are useful are:

6 thoughts on “Paired Books: Reading a Book in the Context of another Book”