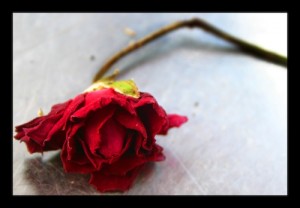 A penny for my thoughts, oh no, I’ll sell them for a dollar They’re worth so much more after I’m a goner And maybe then you’ll hear the words I been singin’ Funny when you’re dead how people start listenin’

I don’t feel I am in a dark place, but writing about adolescents and novels “on the edge,” well, you have to wonder. The time period within which the following novels have been written and read (the present) and the relevance of the texts (publication dates within the last decade) makes me wonder what’s up with these extremely popular novels. What does it mean to discuss the edge? And what does it mean to talk about the edge (it isn’t the guitarist from U2), and is there even such a thing as the edge? Perhaps there are only books that present readers with characters, situations, or issues on some edge or an edge. Are edges the same all over the world? When it comes to “edges,” who is writing what and where? And, ultimately, why? This month, I would like to explore and share my thoughts about a number of books that 1) have characters on the edge of something 2) have their readers on the edge of something, or 3) have brought to the fore topics that reside on the edge of something. Many of the books will do all three.

I have been reading some excellent pieces of work that have the potential to shift the discourse with adolescents. They also have the potential to “free” adolescents if they are given access to these books as these texts really begin to ponder some of the bigger questions and concerns adolescents often ponder, but cannot speak. I will start with a big one: DEATH. To start, I would like to first encourage you to listen to a youtube video where The Band Perry sings their haunting song, “If I Die Young:” http://www.youtube.com/watch?v=7NJqUN9TClM. Death is not romantic, and I don’t think the song is suggesting it is. There is a bit of fatalism, however, or perhaps a reality, that addresses the attitude of “it is what it is,” including early death, which in a Romantic way, involves youth and beauty. The youth of the band is not lost on me. I suggest they represent those young people who take stock of their lives more often than we know, and would not assume they are bullet-proof or get blinded by the “it won’t happen to me” delusion. In many ways, the song, like the books I am discussing in this entry, brings to the fore the reality many adolescents have known through other media for most of their lives: a lot of young people die young. They just can’t talk about it with many of the adults they know. I also think adolescents ponder darker, edgier thoughts that those around them may not catch hold of until it could be too late.

Books like 13 Reasons Why (Asher, 200), The Hate List (Brown, 20XX), and Going Bovine (Bray, 2010), are part of a media phenomenon right now that can boast a respectable following and their own webpages/sites (The 13RW Project, A Good Addiction, and Goingbovine.com respectively). These sites allow young people to post their responses to the texts, contain blogs about the texts, and also feature author interviews and other media (check out a book report via podcast: http://thirteenreasonswhy.com/jay_solo.mp3). All of the novels address the topic of death, but do so in different ways, via suicide, school shooting, and disease. The tone of each of the texts approach the topic of death differently as well, each with an edge that ultimately brings readers to very similar themes about the importance of relationship, the gift of life, and ultimately, a love for others.

In a world that brings more people together over the internet while tolerating alienation in the realm of the corporeal, the concept of human relationship and its impact is certainly a key feature of these three texts. What these books and their internet sites also do is bring readers to the edge of a new world where links can take them beyond the text, where they can “meet” the author and other young people, and begin to shift the discussion toward topics of their choosing and their interests. Giving them voice and giving them the outlet they need that might just keep them—and others—from the fate of Hannah (13RW), Valerie (List), and Cameron (Bovine). It might keep them from their own edges, whatever they might be. On the site http://www.goingbovine.com, viewers are confronted with the message: “Welcome, and don’t hurt your happiness.” In the podcast for 13RW, the author addresses the theme of never knowing for certain our impact on other people, and thus, readers begin to think about the harm they are able to do to someone else’s happiness.

One thought on “Adolescents, Adolescent Novels, and Authors Writing the Edges”