World populations relocated to varied geographical areas throughout history and time. Such movement contributed to the United States of America and its place of power in the world. The recent significant global impact of large bodies of refugee populations relocating and of forced movements of Mexicans and Muslims to the U.S., Europe and other Western nations present themselves at the forefront of national and international news and politics. One cannot turn on the TV or visit an internet or social media site and not find a reference to these emigrating populations. 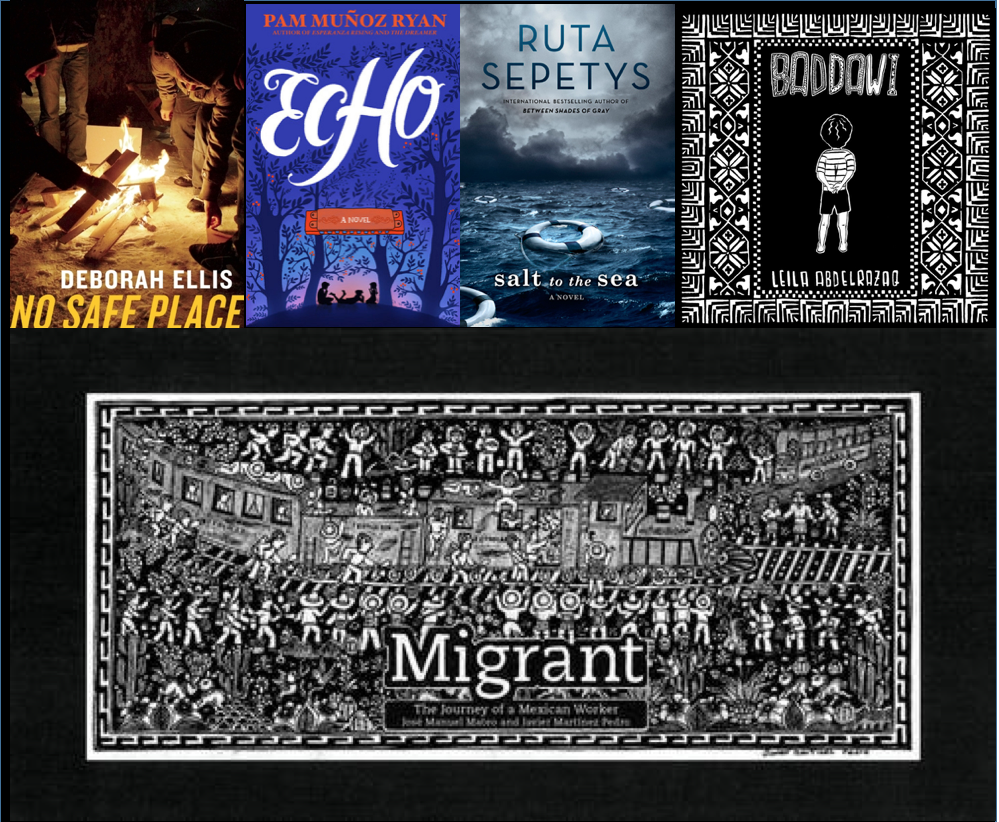 Further, terrorist acts inside Western nations have become a cause of global concern, and it seems that somehow the refugee movements, specifically from Muslim regions, contribute to the concern. This issue has become so dominant that it affects national and international political decisions. The rhetoric around halting Muslim immigration in the U.S. and the movement behind the British exit from the EU (“Brexit”) are two examples.

This month, WOW Currents makes an effort to create empathy for the people who go through traumatic events and an understanding of what they endure to reach security and safety. We use recent examples of powerful texts that explain the issues of immigration and refugee movements at a personal level while directing the audience’s gaze toward the experiences of children who are forced to leave their homes and ways of life to take on an existence elsewhere. Immigrants and refugees affect the communities where they relocate in multiple ways, but the relocation fundamentally impacts their own identities and lives.

A few notes on this series: The books we discuss are meant for an audience of children within the U.S., United Kingdom, Canada and Australia. Authors of the texts consider their own backgrounds when they choose a subject matter. No identity is created in isolation just as no text is fashioned in isolation or a vacuum.