When I was in fifth grade, each child in my class had to demonstrate a science project. We chose our own topics and after much consultation with my parents and science fair books I decided to mix baking soda and vinegar in a bottle so that I could pop off the cork and make it fly across the room. The ‘POP’ was very satisfying. 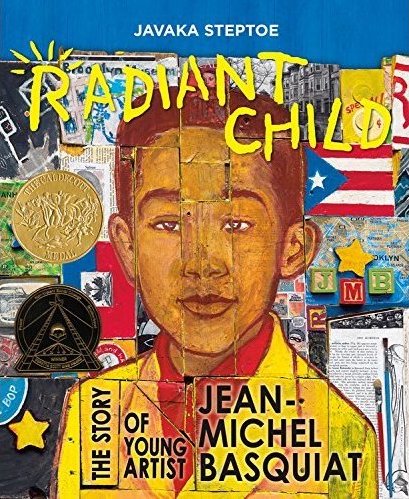 I don’t remember what grade I got for the project, but it was probably pretty good; most of my grades were. I knew how to perform at school, and, with a few math-related exceptions, I did well academically. Both of my parents completed post-secondary education and it was always quite clear to me that I would go to college after high school. Our school district started tracking children in middle school and there was never any question that I would be in the college-prep track. I believed I was smart because my parents, teachers, and friends believed I was smart.

Although all my fifth grade classmates completed a science demonstration, I only remember one other. The boy who did this project lived within walking distance of the school in a tiny town that had seen better days. His parents had high school educations and blue collar jobs. I have a dim memory that his father was a mechanic or somehow worked with machinery.

The boy worked with his father to put together an elaborate electrical circuit of some kind. There was a switch, there was complex wiring, there was a light bulb and moving parts. In the intervening 35 years, I have lost some details, but I clearly remember standing there watching him demonstrate and explain how his project worked. And I realized, this is not something I know how to do. This boy knows how to do this complicated, interesting thing and I do not. It sounds ridiculous now, but it really was a world-shaking moment for me. Even then — in fifth grade, 10 or 11 years old — I knew that people like me did well in school. People like this boy did not.

In fifth grade I had a set of beliefs about what kind of knowledge mattered and what didn’t. I had a set of assumptions about who was good at education and who stood on the wrong side of the educational border. Looking back, it’s interesting and appalling how closely these mapped onto social class. Certainly in the schools that I attended the middle class kids somehow always ended up in the college prep or Honors classes and the working class kids went to general track or vocational classes. Fortunately, the science demonstration cracked this wall for me. Later learning experiences helped me examine my narrow-minded beliefs and assumptions so that I could begin to cross the educational borders that bind us all.

What counts as knowledge? What is the “right” knowledge? What sort of learning is valued? Who has the opportunity for formal learning experiences? Who is shut out? Books can help children explore these questions.

Schools tend to value certain kinds of knowledge; knowing how to write a five paragraph essay is considered good while knowing how use emojis to communicate with your friends is not. But there are many ways of knowing beyond what makes it into school. Art, for example, can be a way to think about issues and to communicate ideas. In the award-winning Radiant Child: The Story of Young Artist Jean-Michel Basquiat by Javaka Steptoe, vibrant illustrations and clear text describe how Jean-Michel Basquiat used street culture and a strong point of view to produce bold, expressive artwork.

Storytelling is also a way to communicate and learn. Dan Yaccarino shows the power of oral and written stories in I Am a Story. Stories have been told in many different ways, but throughout the ages they have always been a way to bring people together.

Not everyone has equal access to formal education whether due to custom, law, or lack of resources. People in the United States don’t always realize that school segregation was not limited to African Americans. Separate Is Never Equal: Sylvia Mendez and Her Family’s Fight for Desegregation by Duncan Tonatiuh tells the true story of the legal challenge to requirements that sent the Mendez children to attend a poorly maintained and equipped “Mexican” school in California. This court case desegregated California schools almost ten years before the better known Brown v. Board of Education.

In some places girls are restricted from education. There are a number of books about Malala Yousafzai, the Pakistani girl who was shot by the Taliban for speaking out about girls’ rights for an education. I like Malala Yousafzai: Warrior with Words by Karen Leggett Abouraya for the interesting collage illustrations.

In Rain School by James Rumford children in Chad, Africa, lack the resources for a permanent school building. Together with their teacher, the children must build a school from mud bricks before they can begin their lessons.

The books I’ve shared this week and this month are just a small sampling of the great children’s literature out there that can support students as they explore and cross the many borders that restrict and limit our lives. Add more book suggestions in the comments!