By Dorea Kleker, The University of Arizona

As I mentioned in last week’s post, I’m currently living in rural Panama. Our small town of Gamboa is surrounded by rainforest on three sides with the Panama Canal bordering the fourth. Gamboa is also home to the Smithsonian Tropical Research Institute.

Perhaps I should provide a little context. I am an early childhood educator who lives with two scientists. My husband is a botanist and my 8-year-old son has been obsessed with insects pretty much upon leaving my womb. Gamboa–its many jungles and scientists–is my family’s version of Disneyland. 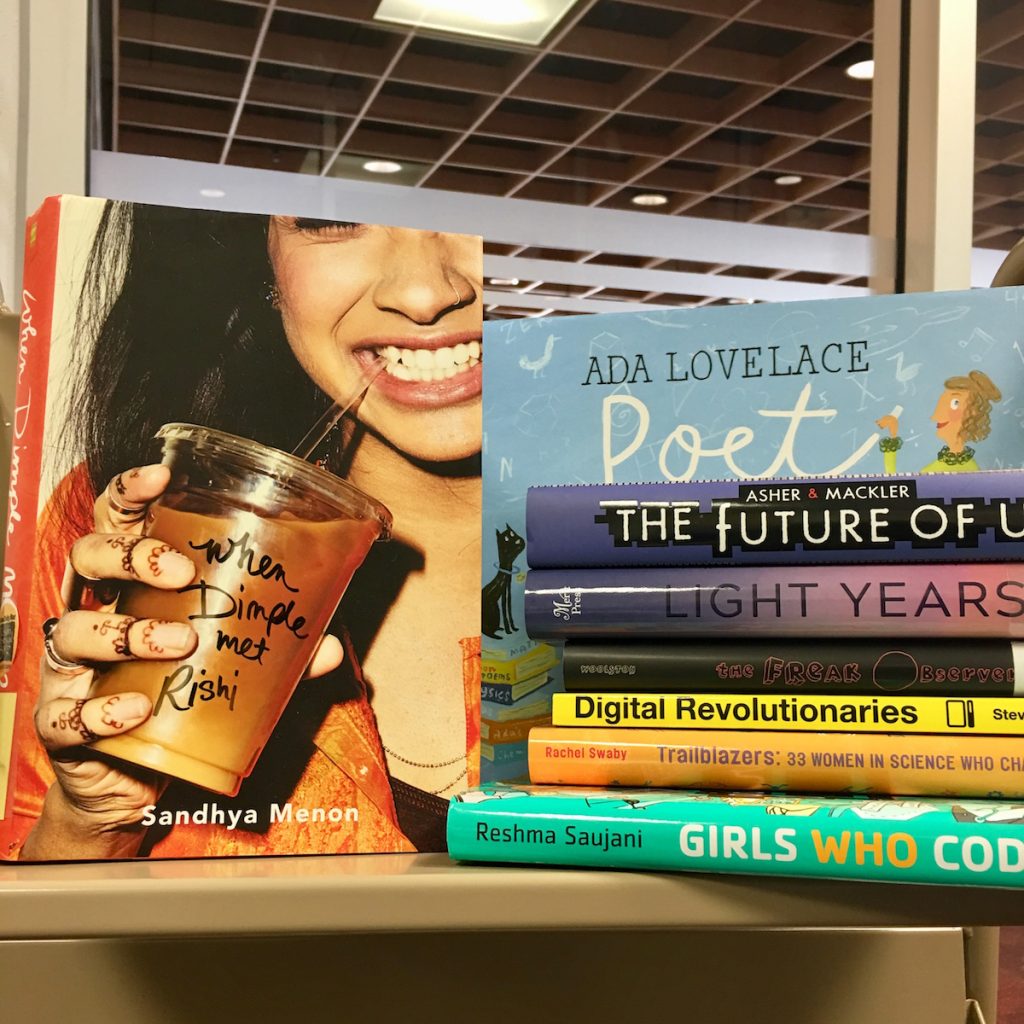 Two weeks ago, our young neighbor invited us into the field to dig up some ant colonies for a research project she is working on. Of course we said yes. Maya sat right in the middle of the nest and within minutes was covered in ants. Ants that bite. As she explained and modeled the colony excavation process, she was also pulling the tiny aggressors off her with Zen-like movements.

A few hours later we walked home, having successfully excavated and transported a few thousand ants, their fungus (food) and their queen. My son said to me, “Mom, Maya is really smart. She knows a lot about ants and she is a really tough scientist. People who don’t think women are as strong as men should really meet Maya.” It was a proud mom moment. Not only was my son articulating the power of our multifaceted identities but it was just what it was. No questions. It is awesome to be female and smart and tough and a scientist and everyone should know this.

Indian. Female. Aspiring web developer. Not remotely interested in a boyfriend. Even less interested in finding an I.I.H. (Ideal Indian Husband). Meet Dimple Shah from When Dimple Met Rishi by Sandhya Menon. Dimple has grown up with a mother she feels only sees her for what she is not–not committed to maintaining a polished appearance or career that that will land her an I.I.H. Dimple is thrilled to finally leave the ever-judgmental gaze of her parents, attending a summer camp for aspiring web developers before she starts at Stanford in the fall. On day one, she comes face-to-face with Rishi Patel, arranged potential I.I.H., sent to the same camp to woo her. She’s clearly not interested. At least not initially. Throughout the story, Dimple and Rishi navigate the ways their own unique cultural beliefs and expectations shape their lives and their budding romantic relationship. In their own ways they have to come terms with the ways they too are multifaceted–traditional and non-traditional, in a relationship and independent–even when these seem contradictory.

Dimple and Rishi are also paired with the challenge of bringing Dimple’s vision of an app that would make it more fun for diabetics to stick to their exercise, dietary and medication routines. While Dimple and Rishi’s romantic relationship and the varying ways they each see their shared culture is at the core of this story, I find myself equally intrigued by their process of app development and the many sides (both positive and negative) of tech culture infused throughout their story.

I am the first to admit that while I use and rely on technology, my insider knowledge of it is virtually nonexistent. Aside from Dimple, I have (embarrassingly) no firsthand knowledge of young females in the tech industry. A quick internet search pulled up this article from The Atlantic, where I learned that the number of female computer-science majors is steadily declining having fallen from 37 to 18 in the last thirty years, that women today only hold about a quarter of U.S. computing and mathematical jobs, and that women’s contributions to software are accepted more often than men’s are but only if their gender is unknown. I shouldn’t be surprised. And I guess I’m not. But it still enrages me just the same. So, I went down the Google rabbit hole, more determined than ever to find out more. I did.

I think Dimple–and my son–would want you to know about a few of these young women making huge strides in the tech industry:

• After working and interning for large tech companies like Google and Facebook, Tracy Chou launched Project Include, a nonprofit that uses data to help tech companies diversify.
• Lisy Kane is a videogame producer who co-founded Girl Geek Academy with a mission to teach 1 million women to get into tech and launch their own startups by 2025.
• Blair Brettschneider founded GirlForward after being inspired by a young refugee she tutored. The non-profit community of support dedicated to creating and enhancing opportunities for girls who have been displaced by conflict and persecution.

WOW featured When Dimple Met Rishi as our recommended book of the month in September 2017.

Sandhya Menon will be participating in two panels at the Festival of Books–Parents Can Be a Pain: Clashing Generations and Expectations and Love Crosses Borders: Life-Changing Decisions.