By Kathy Short, The University of Arizona, Tucson, AZ

Although the classics serve as the foundation of most secondary literature classrooms, their domination is challenged by the call for cultural perspectives that reflect the diversity of our global society. The classics are critiqued for their basis in Western mainstream perspectives, biases against women and people of color, and inclusion of dated language and confusing writing styles, such as obscure expressions and unfamiliar sentence constructions. In addition, few classics have teens as main characters, having been written for adult audiences, and so teens struggle to connect. Given that these canonical texts are usually mandated reading, one way that teachers can increase relevancy and globalize reading is to pair the required classics with young adult global literature. These pairings can bring more diverse literature into the curriculum and, at the same time, create a context for understanding the classic work and its relevance for middle and high school students. 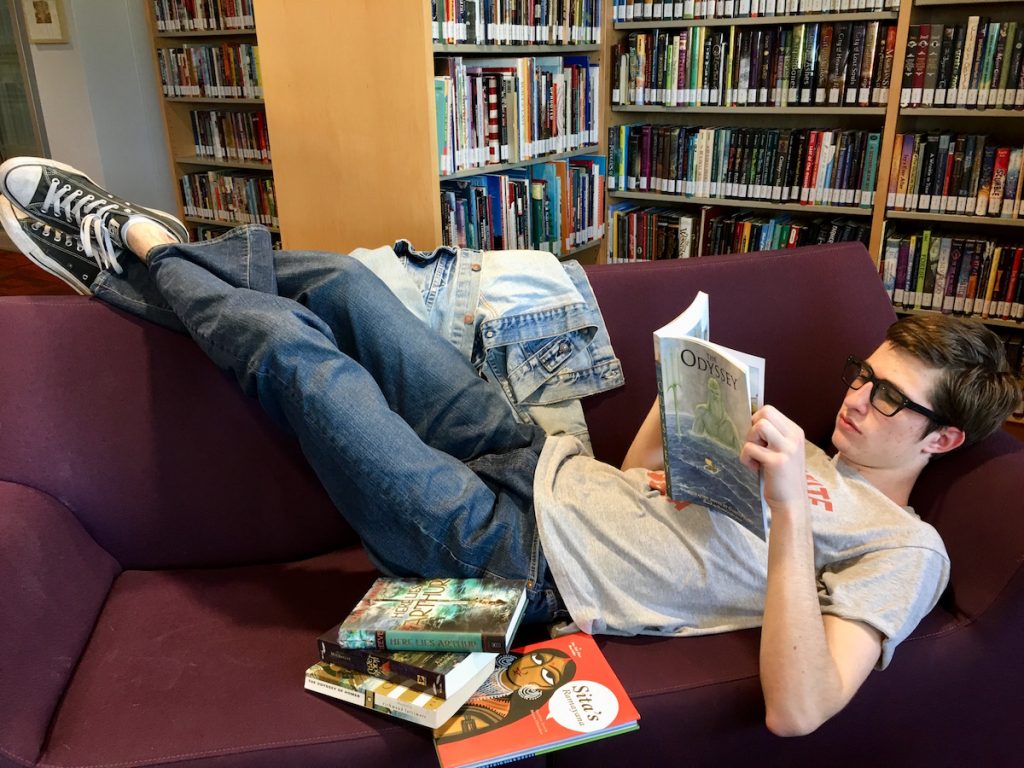 To explore the possibilities of pairing global young adult literature with classic books, a group of us at Worlds of Words took the complexity exemplar lists of fiction and nonfiction from the Common Core and searched for global literature with similar complexity and themes/plots. We selected the Common Core exemplar lists since these have been widely referenced as a core reading list and include many well-known classics. In addition to the pairings, we located other strong global young adult books and created additional recommended global lists. These extensive fiction and nonfiction lists along with complexity information and plot descriptions are available online at Worlds of Words. These lists reveal the dominance of historical fiction and fantasy and the lack of contemporary YA novels from global cultures.

We are exploring a range of ways to integrate these paired books into secondary classrooms. One possibility is to pair a classic text with a global book. Students can read the YA novel first as an entry to the classic so that students explore the theme in their own lives and then carry that connection into the classic. Or they can read the classic first, in which case the YA novel provides a connection into students’ lives. Another option is for half the class to read the classic and half the global novel, with each group discussing their book and then meeting in pairs to make comparisons across the books.

• Pair The Great Gatsby by F. Scott Fitzgerald with Mirjam Pressler’s Let Sleeping Dogs Lie, a contemporary novel about a German teen who learns that her family’s successful business was stolen by the Nazis from a Jewish family. Or pair it with Alaya Johnson’s The Summer Prince, set in a futuristic Brazil ruled by technology and tradition, where oppression lies beneath the city’s glitter.

• Pair To Kill a Mockingbird by Harper Lee with Elizabeth Wein’s Rose Under Fire, in which a young American woman, dealing with the trauma of imprisonment and Nazi medical experiments on women, must decide whether to testify after the war.

Pairings can also provide a way to connect a more familiar culture with a less familiar one or to provide an informational context to understand an assigned novel.

• The Odyssey by Homer can be paired with Sithama Ami’s Sita’s Ramayana, a graphic novel retelling of an ancient legend from India in which Rama forces his wife Sita to undergo an ordeal by fire to prove herself. This pairing connects well-known Greek mythology with Hindu mythology for comparisons across cultures.

• Pair an informational book, such as Hitler Youth by Susan Bartoletti, about the youth organizations Hitler used to meet his sociopolitical goals, with a novel on the Holocaust, such as Marcus Zusak’s The Book Thief. Or pair What the World Eats by Peter Menzel, which contains photos of 25 families in 21 countries to show what they eat in one day, with a novel on economic disparity, such as John Steinbeck’s The Grapes of Wrath.

Another way to integrate global YA books is to have the class read a classic text and then invite students to select from thematically-related global books to form small group discussions.

• After reading Farewell to Arms by Ernest Hemmingway, offer YA novels about the consequences of war, such as Ruta Sepetys’ Salt to the Sea, set at the end of WWII as refugees flee the advancing Soviet army; Geert Spillebeen’s Kipling’s Choice, a fictionalized biography of Kipling’s son who dies in agony during WWI; Keely Hutton’s Soldier Boy set in early 1990s Uganda about an enslaved child soldier forced into the guerrilla army of a warlord; and Patricia McCormick’s Never Fall Down about a child soldier forced to serve the Khmer Rouge in Cambodia.

• The Grapes of Wrath by John Steinbeck could be read with YA novels about racism, poverty and desperation, such as The Queen of Water by Laura Resau and Virginia Farinango, set in Ecuador where a teen returns to her Indigenous village after years of being a servant for a wealthy family; Michael William’s Now is the Time for Running, the story of a teen who escapes a massacre in Zimbabwe and faces racism in his journey to find safety; Fatima Sharafeddine’s The Servant, set in Lebanon where a teen is sent from her poor village to the city to serve a wealthy couple; and J.L. Power’s This Thing Called the Future about a Zulu teen in South Africa, growing up in poverty and the AIDs epidemic, who is caught in the clash between traditional and modern beliefs.

The reading of a classic can be followed by independent reading selected from global YA novels connected to the classic.

• After reading Ray Bradbury’s Fahrenheit 451, students could read from science fiction, such as L.J. Adlington’s The Diary of Pelly D, historical fiction about fascism, such as Ruta Sepetys’s Between Shades of Gray, or about book banning, such as Marcus Zusak’s The Book Thief, or novels on identity, such as Tara Sullivan’s Golden Boy.

Of course, another possibility is to change the curriculum and replace several canonical texts with YA global literature. Bringing global literature into our classrooms opens students’ minds to difference as a rich resource, not a problem, while inviting critical engagement. Literature provides a safe place to explore cultural diversity and to develop empathy, instead of judging those whose values or ways of living differ from our own. Through global literature, students come to understand their current lives and to imagine beyond themselves.

Take a look at all our pairings and suggestions for books and ideas in the Global book lists.