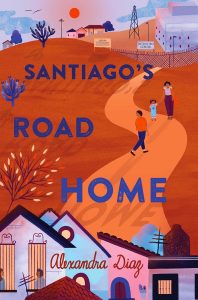 This week, I would like to talk about several novels in WOW Currents for 2020 that present a journey. Santiago’s Road Home by Alexandra Diaz, Butterfly Yellow by Thanhha Lai, Beast Rider by Tony Johnston, The Blackbird Girls by Anne Blankman, and Under the Broken Sky by Mariko Nagai. All are amazing stories of young people who make a journey for a variety of reasons. 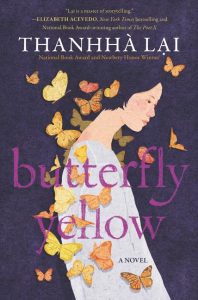 Santiago travels north to “the other side” in order to have a better life, but is detained by ICE at the US border. Hằng attempts to leave Vietnam at the end of the war, but is left behind. She eventually emigrates to Texas as a refugee, still determined to find her younger brother who had been taken from her at the airport in Vietnam. Much like Santiago, Manuel leaves his small Mexican community to join his older brother in Los Angeles by traveling “the beast.” Valentina and Oksana are thrown together as evacuees from Pripyat, Ukraine, when Chernobyl explodes, and travel to Leningrad to be with Valentina’s grandmother, whom Valentina has never met or knew existed. Manchurian sisters Natsu and Asa are orphaned and destitute when their father is recruited into the Japanese army during WWII. They must move in order to survive.

These five novels would make a wonderful text set on the concepts of displacement and refugee issues. While The Blackbird Girls does have the two protagonists moving in with Valentina’s grandmother, and thus might not be considered refugees in the most limited sense, there was no relationship with the grandmother prior to the forced evacuation of Pripyat.

Two of the novels are realistic fiction that deal specifically with crossing the Mexico—US border. Both are harrowing stories of survival and kindness. The young boys, Santiago and Manuel, leave their homes alone and to survive, find they must rely on strangers. Both are shown kindness by others along the route, although both face both cruelty and ambivalence in respect to their existence by others who either rob and beat them, or detain them at the border. Reading Beast Rider and Santigo’s Road Home will give readers a starting point in respect to the ethical issues related to a person’s survival, the Other, and young people who will risk their lives to live in the USA. 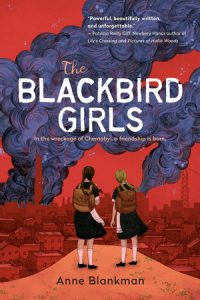 The other three novels are historical fiction and address events that impacted the world. Butterfly Yellow addresses the end of the Vietnam War and one girl’s survival in its aftermath. The Blackbird Girls is contextualized by the explosion at Chernobyl, and Under the Broken Sky is situated during/toward the end of WWII. Interestingly, all present female characters, and two of the stories that are situated in war zones have characters who attempt to save their younger siblings, but end up facing their circumstances alone. The resolve of Natsu in Under the Broken Sky and Hằng in Butterfly Yellow are noteworthy as well as harrowing. Both must not only survive physically, they are bound by a deep morality to find a way to reunite with their surviving sibling. The Blackbird Girls presents a story of transformation and survival of the spirit as Oksana learns to overcome the anti-Semitism she was taught by an abusive father and a dismissive mother while Valentina learns to love not only the grandmother she was never allowed to know but the religion her grandmother embraces. All four protagonists display courage that adolescent readers will appreciate, and their stories—based in historical realities—will inspire further exploration. 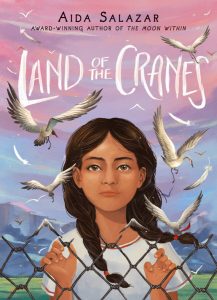 As I was reviewing these five terrific books, I couldn’t help but think about three other new narratives that could be added to this text set. Those books are Land of the Cranes (2020) by Aida Salazar, the graphic novel, When Stars are Scattered (2020) by Victoria Jamieson and Omar Mohamed, and Brother’s Keeper (2020) by Julie Lee all highlight displacement and issues faced by refugees. All three present either present issues of displacement or, as in Brother’s Keeper, an historical novel about the displacement of North Koreans attempting to get to South Korea at the onset of the Korean War. All are wonderful books, and all will make memorable reading experiences.