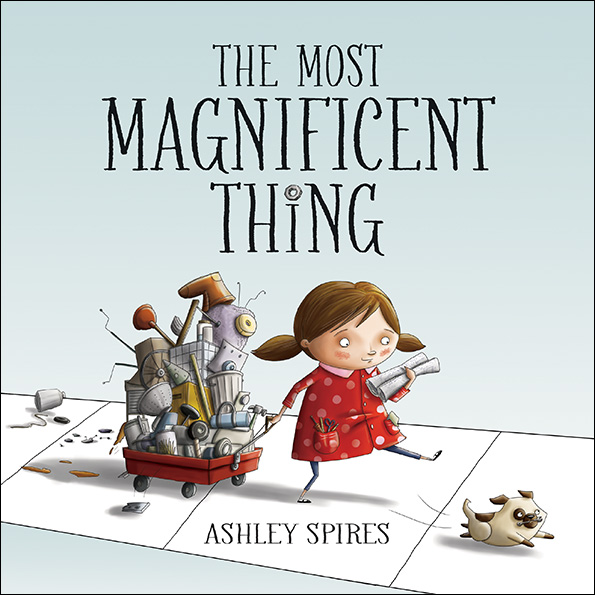 As a teacher, professor, parent and grandparent, I want children, teens and adults to develop a sense of agency–the belief that they can take actions that will impact their world. So this week we are going to look at global stories of people taking action to solve a STEM-related problem.

Agency takes drive, creative thinking, and the powerful belief that one’s actions can have a positive outcome. Two picturebooks illustrate that can-do spirit that makes people persevere and try out different ideas. In The Most Magnificent Thing by Canadian Ashley Spires (2014) a young girl and her valiant assistant (her pug) try design after design for a scooter-sidecar before discovering that parts of each design pointed them toward the design that finally worked. This is a wonderful book that explores the sheer frustration (and anger) of multiple failures, but the joy of ultimately finding the answer. 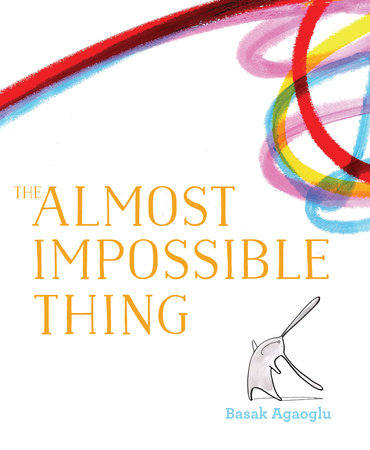 In a similar story, Turkish author-illustrator Basak Agaoglu portrays a small rabbit’s dream of flying as an Almost Impossible Thing (2017). Through multiple attempts including lots of glued-on feathers and a trampoline with bouncy balls, the rabbit resists packing away his dream. Eventually, with the help of 21 other rabbits and their spinning ears (i.e., helicopter blades), the little rabbit is airborne in controlled flight!

Both of these fictional stories deal with problem-solving and perseverance. But what about true stories that demonstrate the same characteristics? There are several I would like to profile. 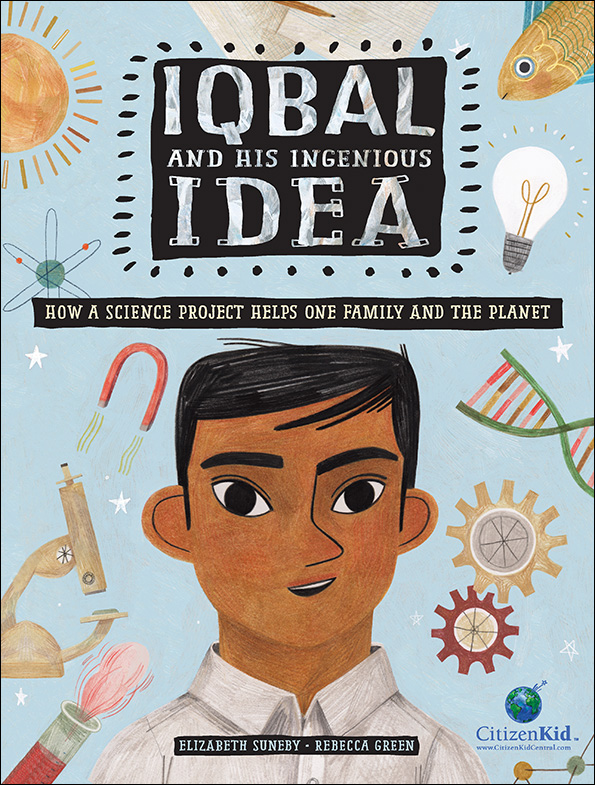 Iqbal and His Ingenious Idea: How a Science Project Helps One Family and the Planet (2018) is the story of a young adolescent from Bangladesh. He loves learning and this year he has thought of a problem he would like to solve for the science competition which has prize money that would help his family. The competition theme is sustainability and environmental health. His family’s health concern drives his inquiry: his mother cooks everyday over an open wood fire in the house. She cannot cook outside because of the monsoon rains. But the impact on her health and that of his baby sister is worrying Iqbal and his family. Both his mother and sister are coughing more and more because of the smoke lingering in the house. After much thought and research, Iqbal creates a solar-powered stove using a foil-covered broken umbrella to trap the energy of the sun’s rays. With the prize money he is able to purchase a propane stove that is smokeless. Now his mother has safe smokeless cooking tools for both inside (propane power) and outside (solar power).

This book is part of the CitizenKid collection by Kids Can Press. The goal of the collection is to inform readers about the world and inspire them to be better global citizens. The story of Iqbal illustrates important benefits for sustainability both for the environment and for his family. Solar cookstoves do not emit gasses into the environment. They also do not contribute to pollution which is a health hazard. Safe cooking also frees up women and girls from having to collect fuel, allowing them time to go to school or work in other ways to provide for their families.

Other outstanding STEM-related titles in the series include:

111 Trees (Rina Singh and Marianne Ferrer, 2020), the story of how one man convinced his village in India to plant 111 trees to celebrate (and elevate) the birth of every girl. The result was a reversal of the damage done by deforestation from mining and the creation of a sustainable system that benefits women and girls.

The Good Garden (Katie Smith Milway and Sylvie Daigneault, 2010), the story of a family in Honduras who learns to terrace their land and rotate crops, creating a more sustainable agriculture system and enabling them to be independent of the unscrupulous money lender. 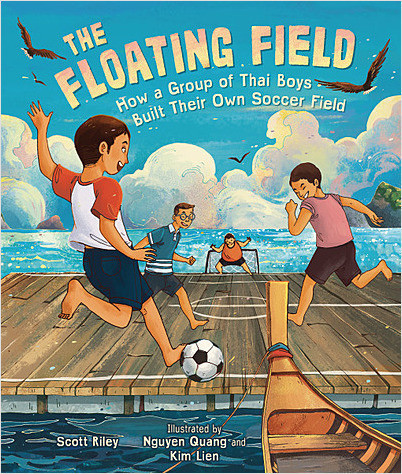 The Floating Field: How a Group of Thai Boys Built Their Own Soccer Field (1921). Author Scott Riley is an avid soccer fan, and Nguyen Quang and Kim Lien are Vietnamese illustrators who draw on the folk culture of Asian countries in their artwork. Put the three together and the story comes to life of an engineering feat by boys who wanted nothing more than play soccer. They lived on an island off the coast of Thailand, in a fishing village on stilts. Land was precious and used for houses and civic buildings like a mosque, so they could only play soccer on sandbars that showed up twice a month with the stronger spring tides. Wanting to play daily, the boys began to collect old boards, floats and nets and fashioned a floating soccer field. Playing was a challenge–the ball could end up in the ocean and the kicker would have to dive in to retrieve the ball. Nonetheless, the boys eventually became champions of their district–not only for soccer but also in perseverance and creativity. The Thai national government took notice and built a more permanent floating field.

My husband and I are soon flying to visit family in Canada we have not seen in a year. So we are stocking up on books to bring to our grandkids, some of which I have discussed this past month. But one item we are bringing that is not a book but fits in well with this STEM theme is an electronics kit created by Michael, a German web and game designer who spends a lot of creative energy thinking about un-screening kids with creative projects that are simple. Check out his site called Volt, Paper, Scissors! All content is licensed under Creative Commons and is free.

I have enjoyed digging into STEM related books–I hope you enjoyed them too!