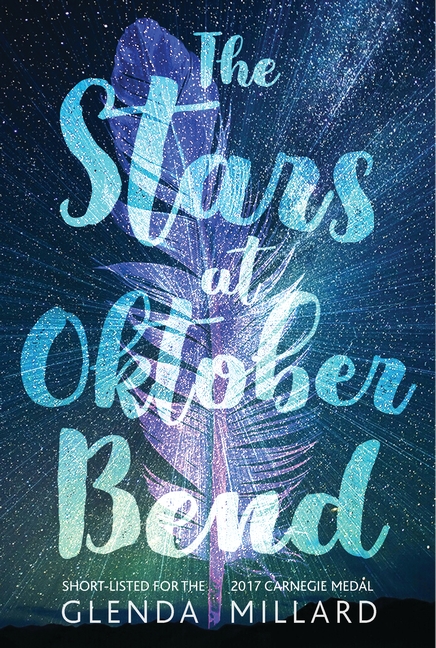 Imbued with lyrical and poignant language, readers of The Stars at Oktober Bend by Glenda Millard are invited into 15-year-old Alice Nightingale’s wonder and promise-filled world even as she remains on the margins. Alice attempts to manage a broken life and family after being attacked, leaving her with brain damage that may result in her being “twelveness” for the rest of her life. But Alice is resourceful and starts to grow away from her twelveness by relearning language through writing poetry in her Book of Flying, by connecting with Emmanuel (Manny) James, who also has been damaged by the world, and by remaining true to never forsaking her younger brother Joey and “Grandma Glorious.” Alice’s father is dead, and her mother left the country to pursue her career. Grandfather Papa is in prison for killing the men who attacked Alice, leaving the family of three living outside of their Australian town, hidden away from most of the world. Alice is artistic and fills her days with making fishing lures and writing while Joey goes to school bringing books and information for Alice to learn. Because she is often overwhelmed by typical human interactions, Alice cannot attend school and thus spends much of her time alone–until she sees and is seen by Manny. Readers venture with Alice as she grows into her adolescence, hoping for love and connection outside of the family. And as Alice’s world becomes more and more precarious, readers will fall in love with Alice and Manny as they share their pain and love with each other in hopes of overcoming. -Recommended by Holly Johnson. END_OF_DOCUMENT_TOKEN_TO_BE_REPLACED