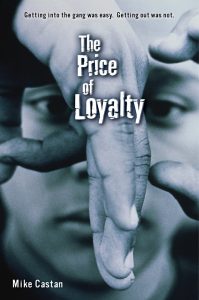 When Manny moves on to Raleigh Middle School, he’s relieved that he’ll be with his other Latino friends from elementary school. Hanging out with his vatos is great; but before Manny knows it, kids are calling the clique the Emperors and saying that they are a gang. Gradually Alex, whose older brother is in prison, starts calling the shots; and the pressure is on Manny ”first to shave his head and eventually to get drugs for the vatos. Close calls with the authorities become more and more frequent, and Manny can see where it’s all headed. Does he have the guts to turn his back on his oldest friends so he can keep clean? This riveting novel about peer pressure and core values highlights a hot-button topic.