For Anna, the family farm has always been home… But now, things are changing. Anna’s mother has died, and her older siblings have emigrated, leaving Anna and her father to care for a young sister with special needs. And though their family has worked this land for years, they’re in danger of losing it as poor crop yields leave them without money to pay their rent. When a violent encounter with the Lord’s rent collector results in Anna and her father’s arrest, all seems lost. But Anna sees her chance and bolts from the jailhouse. On the run, Anna must rely on her own inner strength to protect her sister–and try to find a way to save her family. Written in verse, A Slip of a Girl is a poignant story of adversity, resilience, and self-determination by a master of historical fiction, painting a haunting history of the tensions in the Irish countryside of the early 1890s, and the aftermath of the Great Famine.

Fifteen-year-old Muzna Saleem is passionate about writing and dreams of becoming a novelist. There’s just one problem – her super-controlling parents have already planned her life out for her.

When 12-year-old Edie finds letters and photographs in her attic that change everything she thought she knew about her Native American mother’s adoption, she realizes she has a lot to learn about her family’s history and her own identity.

José de la Luz Sáenz (1888–1953)—or Luz—believed in fighting for what was right. Although he was born in the United States, he and his family experienced prejudice because of their Mexican heritage. When World War I broke out, Luz volunteered to join the fight. Because of his ability to quickly learn languages, he became part of the Intelligence Office in Europe. However, despite his hard work and intellect, Luz often didn’t receive credit for his contributions. Upon his return to the US, he joined other Mexican-Americans whom he had met in the army to fight for equality. His contribution, along with others, ultimately led to the creation of the League of United Latin American Citizens (LULAC), which is the oldest Latino civil rights organization. Soldier for Equality is based in part on Luz’s diary during the war. It includes a biography of Luz’s later years, an author’s note, a timeline, a bibliography, and an index.

When Maria, Juan, and their mother go to the border between California and Mexico to visit their grandmother at Christmas, Maria must devise a way to get Juan’s gift over the fence. 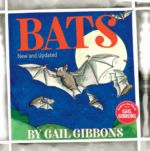 Their amazing abilities and how they fit into the natural world.

In a show of strength for migrants during a daunting time, more than fifty artists from around the world have created postcard images of birds, along with messages of hope.

Over a thousand years ago, the wind, sea currents and stars brought people to the islands that became known as Aotearoa, the land of the long white cloud. Navigate your way through this sumptuously illustrated story of New Zealand. Explore the defining moments of our history, captured by celebrated children’s book creator Gavin Bishop, from the Big Bang right through to what might happen tomorrow. Discover Maori legends, layers of meaning and lesser-known facts. A truly special book, Aotearoa- The New Zealand Story deserves a space on every bookshelf, to be taken off and pored over, thumbed and treasured, time and again.