With the help of his younger sister, 7-year-old Abdul raises money to go to school by selling oranges in the marketplace in Sierra Leone.

The astounding story of one girl’s journey from war victim to UNICEF Special Representative. As a child in a small rural village in Sierra Leone, Mariatu Kamara lived peacefully surrounded by family and friends. Rumors of rebel attacks were no more than a distant worry. But when 12-year-old Mariatu set out for a neighboring village, she never arrived. Heavily armed rebel soldiers, many no older than children themselves, attacked and tortured Mariatu. During this brutal act of senseless violence they cut off both her hands. Stumbling through the countryside, Mariatu miraculously survived. The sweet taste of a mango, her first food after the attack, reaffirmed her desire to live, but the challenge of clutching the fruit in her bloodied arms reinforced the grim new reality that stood before her. With no parents or living adult to support her and living in a refugee camp, she turned to begging in the streets of Freetown. In this gripping and heartbreaking true story, Mariatu shares with readers the details of the brutal attack, its aftermath and her eventual arrival in Toronto. There she began to pull together the pieces of her broken life with courage, astonishing resilience and hope. 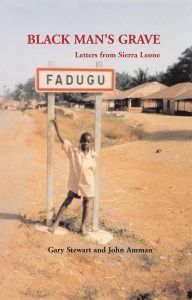 This is how wars are fought now: by children, hopped-up on drugs and wielding AK-47s. Children have become soldiers of choice. In the more than fifty conflicts going on worldwide, it is estimated that there are some 300,000 child soldiers. Ishmael Beah used to be one of them.What is war like through the eyes of a child soldier? How does one become a killer? How does one stop? Child soldiers have been profiled by journalists, and novelists have struggled to imagine their lives. But until now, there has not been a first-person account from someone who came through this hell and survived.In A Long Way Gone, Beah, now twenty-five years old, tells a riveting story: how at the age of twelve, he fled attacking rebels and wandered a land rendered unrecognizable by violence. By thirteen, he’d been picked up by the government army, and Beah, at heart a gentle boy, found that he was capable of truly terrible acts. 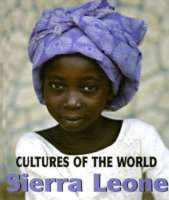 This book provides a comprehensive look at the country of Sierra Leone, which gained independence in 1961. Located in western Africa, bordered by Guinea and Liberia, Sierra Leone is recovering from a lengthy civil war that left the country with many challenges. The text offers chapters on the geography, the history, the formation of its new government and its structure, the economy, the environment, the people of Siera Leone, their religion and culture. The book is illustrated with color photography.