Inspired by the real-life Aaron and Zambezi at the Lilayi Elephant Nursery in Zambia, author Margriet Ruurs has created a story that demonstrates the plight of endangered animals everywhere. Pedro Covo’s illustrations add a level of depth and haunting beauty to the story and the animals. Three nonfiction spreads interspersed throughout the story explore facts about elephants, ivory poaching and elephant orphanages. The back of the book contains ways children can help endangered wildlife. Useful tools include a table of contents and a glossary. This nonfiction book spans the curriculum, from life sciences to global awareness to environmental stewardship. It also offers a unique perspective for character education lessons on empathy, caring and responsibility on a larger scale.

A husband does not believe it when his wife tells him that their crying baby is comforted by a huge eagle who flies down with its sharp talons and alights on the baby.

Fans of true dog stories, Jack Russell terriers, and African wildlife will want to check outBulu! Born on a crocodile farm in Zambia’s untamed South Luangwa Valley, the puppy seemed different from his littermates. Too quiet. Unresponsive. Terriers are usually full of energy and bouncing off walls. But not this one. Nobody wanted him. Enter Anna and Steve Tolan-former police officers who had left behind their life in England to live in the African bush. People thought the Tolans were a bit different, too. The peculiar puppy suited them perfectly. They named him Bulu, or “wild dog” in the local Nyanja language. Living in the bush, Bulu not only found his voice, he also found his calling as a foster parent to the orphaned baby animals-including warthogs, monkeys, elephants, baboons, bushbucks, and buffalo-cared for by the Tolans. But Bulu’s protective nature led him into terrifying situations in the wild. It’s a miracle he survived! But survive he did, disarming people with his wacky ways and nurturing once-unwanted creatures like him until they too could be set free. Bulu’s story is a joyful confirmation of dogs as unique spirits, capable of love, compassion, and bravery. Packed with vivid descriptions of encounters with crocodiles, lions, leopards, poisonous snakes, bull elephants, and more-and illustrated throughout with black-and-white photographs-Bulu: African Wonder Dogwill leave fans of dog stories begging for more! 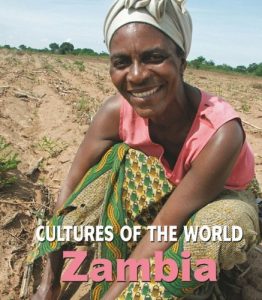