These books begin with historical overviews of Haiti, including the reasons for recent political unrest. The first-person narratives of young refugees follow. All of the teens tell why they left their native countries, how they made their journeys, their experiences and difficulties in North America, and if they plan to return to their homelands. The introductions state that the young people were interviewed; it is unclear exactly when these conversations took place. It seems in Haiti as if they occurred prior to the reinstatement of President Aristide.

Seek life. Chache Lavi. That’s what Paulie’s uncle says they must do. But to seek life, Paulie and her family have to leave Haiti-the only home that Paulie has ever known. Since forever, Paulie has run in and out of the little houses nestled under the palms, smelling cocoa-bread and playing on the beach with her best friend Karyl. But now the little houses are gone. Their wood has been made into boats-boats used to escape Haiti.Paulie wants to stay and fight-to change Haiti into a better place to live. She wants to talk to the reporters and bravely tell the truth, like Karyl’s brother, Jean-Desir. But the macoutes come with their guns and knives to stop them. And they do something so terrible that Paulie must face the truth: before the soldiers come back, they must all leave-tonight, by sea. 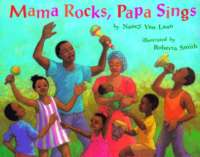 A little Haitian girl describes how her parents’ house fills up with babies as relatives drop off their children on their way to work.

It is election time in Haiti, and bombs are going off in the capital city of Port-au-Prince. During a visit from her home in rural Haiti, Celiane Espérance and her mother are nearly killed. Looking at her country with new eyes, Celiane gains a fresh resolve to be reunited with her father in Brooklyn, New York. The harsh winter and concrete landscape of her new home are a shock to Celiane, who witnesses her parents’ struggle to earn a living, her brother’s uneasy adjustment to American society, and her own encounters with learning difficulties and school violence.

Maricel E. Presilla takes us on a journey through the history of Christmas in the Hispanic islands. As she describes all of the foods of Christmas Day, she tells us about the peoples from around the world who brought their ingredients and recipes to the table. Presilla gives us carefully tested recipes that allow readers of all ages to join in on the feast. 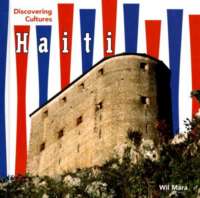