Fishing along Jade Bay, part of an island off the coast of New Zealand, Charlie, Wiremu, and Charlie’s sister, Elizabeth, discover a long-lost ship–which takes them to a far-off land. By the Carnegie Medal-winning author of Drift.

It is seventeen-year-old Ellis’s first night at home after graduating from prep school. By chance he bumps into Jackie Cattle, whom he remembers from grade school. Jackie is a couple of years older than Ellis, a drifter, disreputable, yet with an odd charm and a disarming wit. For the next twenty-four hours, Ellis enters an extraordinary world on the fringe of society that he never knew existed. Jackie introduces him to life at the Land-of-Smiles, a dilapidated motel where nightly a strange collection of local characters gather to drink and talk. Two attractive sisters, Ursa and Leona, the elder studying to be a lawyer, live there. Leona loves and takes care of a baby whose mother stops in only once in a while. Then the baby disappears, and Ellis is thrust into a wild, sometimes almost violent search for the child. This is a stunning novel that grips the reader as it sweeps to its conclusion. Rich characterization, breathtaking action, and an ultimately heartwarming solution distinguish this latest triumph of Margaret Mahy.

In her brilliant but argumentative family, Hero is different, because she doesn’t speak. Instead, she prefers the silence and solitude she finds climbing the trees high above her neighbors stately old house. But everything changes when Hero starts to do odd jobs for the neighbor — and discovers a shocking secret high up in the tower of the house. “Mahy is a writer who just keeps getting better with every book.”– Kirkus Reviews, pointer review “Mahys exceptional imagination and storytelling prowess will make it difficult for readers to leave this book behind themhers is a tale with staying power.”– Publishers Weekly, starred review New Zealand author Margaret Mahy won the Carnegie Medal for The Changeover and The Haunting. Her most recent novel for Viking is Tingleberries, Tuckertubs, and Telephones. 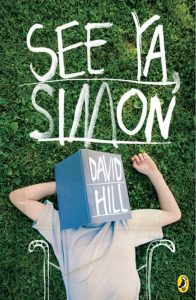 This funny and poignant novel tells the story of Nathan and his best friend, Simon–two 14-year-old boys with a passion for girls, soccer, weekends, girls, computers, and girls. Although Simon is confined to a wheelchair because of muscular dystrophy, his keen sense of humor and taste for excitement are more than a match for his disability.

“When three-year-old Jacko is stricken with a baffling illness, his teenage sister Laura, a ‘sensitive,’ is the only one to recognize that demonic possession is the true cause of his malady…. The beautiful characters grow with readers and the style is beautiful but ornate. An extraordinarily rich and sensitive novel.”–School Library Journal, starred review. Winner of the Carnegie Medal; ALA Notable Book; ALA Best Book for Young Adults; School Library Journal Best Book of the Year; Booklist Editor’s Choice.

On the fifth anniversary of his sister’s death, nineteen-year-old Jonny Dart is still troubled by guilt and an imperfect memory of the accident that took hr life. He goes searching for the only other witness to the fatal event, his sister’s best friend. But instead of finding the answers he’s looking for, he finds Sophie — a gentle old woman suffering from Alzheimer’s disease, who teaches him about remembering and about loss.

PRINCE SIGISMUND HAS grown up in a remote castle, dreaming of going on heroic knightly quests while staring out at the forbidden wood that looms to the west. His great-grandfather placed an interdict on the wood nearly 100 years ago, though no one seems to know exactly why. But for those still young or credulous enough to believe in magic, the rumors and stories abound—of an enchanted castle and a sleeping princess. Helen Lowe has spun a grand, adventurous, romantic tale about the prince destined to wake the sleeping princess. This thoughtful hero must delve into a world of mystery and magic to discover the truth of his own fate. Enemies with powers he never imagined abound, sometimes hiding behind a mask of friendship. And an elusive girl haunts his dreams—is she helping him or binding him tighter into a thorny cage? For Sigismund, the truth turns out to be more fantastical than any story he’s ever heard.

FOR PAULA, ACCOMPANYING her merchant father on a trading voyage to Istanbul is a dream come true. They have come to this city of trade on a special mission to purchase a most rare artifact – a gift from the ancient goddess, Cybele, to her followers. It’s the only remnant of a lost, pagan cult.

But no sooner have they arrived when it becomes clear they may be playing at a dangerous game. A colleague and friend of Paula’s father is found murdered. There are rumors of Cybele’s cult reviving within the very walls of Istanbul. And most telling of all, signs have begun to appear to Paula, urging her to unlock Cybele’s secret.

Meanwhile, Paula doesn’t know who she can trust in Istanbul, and finds herself drawn to two very different men. As time begins to run out, Paula realizes they may all be tied up in the destiny of Cybele’s Gift, and she must solve the puzzle before unknown but deadly enemies catch up to her. . . . 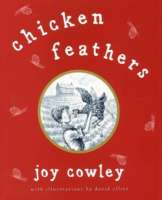 A talking chicken! Josh knows it sounds ridiculous, but that’s just what Semolina is. And she’s not just a talking chicken. She’s a spirited, sarcastic, sassytalking chicken. And with Josh’s mom in the hospital about to give birth to his sister, Josh needs Semolina more than ever, even if she will only talk in front of him. But when Semolina tells him that a fox is sneaking into the hen house at night, can Josh get his dad to believe in Semolina before it’s too late? Chicken Feathers introduces one of children’s literature’s most original, endearing new characters to peck her way onto the page.