From July 1942 until August 1944, a young Jewish teenager living in Holland kept a diary. Published for all the world to read many years after Anne herself died in a concentration camp, it chronicled the two years she and her family spent hiding from the Nazis. Here is a sensitive and thoughtful biography about one of the best-known victims of the Holocaust. 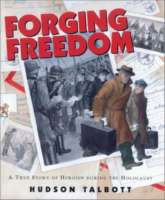