Rakkety Tam, a Highlander squirrel and mercenary warrior, leads the battle against Gulo, a savage, bloodthirsty wolverine who will stop at nothing to recover the Walking Stone, a mysterious relic that will give him the authority to rule the lands of ice beyond the Great Sea.

The war in Lyssia is thrown into an entirely new direction, transforming Hector into Drew’s most dangerous enemy yet. 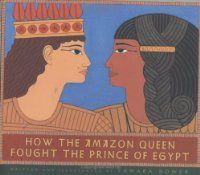 Serpot, ruler of a land where women live free, without men, leads her Amazon warriors in battle against Prince Pedikhons of Egypt, who has come to see for himself if women can equal men, even in battle. Includes notes about Assyrian and Egyptian culture and hieroglyphics.

Urikohime, a girl born from a melon, battles the monstrous oni, who steal babies to eat their tasty belly buttons.

Far from the Realm of Faerie, a quest to save immortality . . . A deadly plague is sweeping through Faerie, and no one is immune to its bite. Now, with the guidance of the Dream Weaver, Tania, Rathina, and a mortal ally, Connor, must head off to find the Divine Harper—the only one who can help Tania renew the Faerie Covenant of Immortality. Their quest will soon take them outside the borders of Faerie, to hostile and unwelcoming lands beyond. On their travels, Tania and her companions encounter danger at every turn as they battle pirates, contend with mysterious and mystical beings, and try to outwit those under the sinister grip of the Dark Arts. But when Tania’s beloved Edric appears, it looks as if they have help at last. Or do they? As tensions and dangers rise, Tania is forced to question everything and everyone around her in order to decide if she is prepared to make the ultimate sacrifice to save her loved ones.

With bold imagery and an ear tuned to the music of Homer’s epic poem, Gareth Hinds reinterprets the ancient classic as it’s never been told before. “Gareth Hind brings THE ODYSSEY to life in a masterful blend of art and storytelling. Vivid and exciting, this graphic novel is a worthy new interpretation of Homer’s epic.” Rick Riordan, author of the Percy Jackson and the Olympians series Fresh from his triumphs in the Trojan War, Odysseus, King of Ithaca, wants nothing more than to return home to his family. Instead, he offends the sea god, Poseidon, who dooms him to years of shipwreck and wandering. Battling man-eating monsters, violent storms, and the supernatural seductions of sirens and sorceresses, Odysseus will need all his strength and cunning and a little help from Mount Olympus to make his way home and seize his kingdom from the schemers who seek to wed his queen and usurp his throne. Award-winning graphic artist Gareth Hinds masterfully reinterprets a story of heroism, adventure, and high action that has been told and retold for more than 2,500 years though never quite like this.

An account of the establishment of the Aztec empire in Mexico and of the terrible battle between the Aztecs and the Spaniards known as the Sad Night, of La Noche Triste.

“This sensitive treatment of La Noche Triste, or The Sad Night, the last battle the Aztecs won against the Spaniards, is a highly effective melding of graceful, lucid text and stylized art. Designed to resemble Aztec codices, the illustrations appear in double-page strips above the bordered text. Beginning with the Aztec migration to Tenochtitlán (now Mexico City), the history of this people is traced through their final conquest by Cortés’s forces…. This title has the distinction of combining myth with historical fact in a particularly successful manner. An engaging introduction to Mexican history.” —School Library Journal 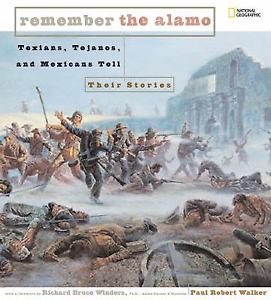 An account of the famous battle of the Alamo which presents different points of view of the event. 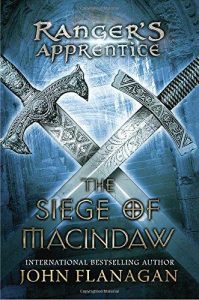 After years as a Ranger’s apprentice, Will is now the protector of his first fief. Not long into his service, everything that can go wrong does: Keren, a renegade knight, has taken over Castle Macindaw, a strategic gateway to the North—poisoning the royal family in the process—and is holding Will’s friend Alyss captive. The situation grows direr when Will uncovers Keren’s secret alliance with the Scotti, who have plans to plunder Araluen. Time is of the essence, and Will must recruit a motley crew to rescue Alyss and reclaim Castle Macindaw—before the Scotti can make it their own.