When sixteen-year-old Ellie Baum accidentally time-travels via red balloon to 1988 East Berlin, she’s caught up in a conspiracy of history and magic. She meets members of an underground guild in East Berlin who use balloons and magic to help people escape over the Wall but even to the balloon makers, Ellie’s time travel is a mystery. When it becomes clear that someone is using dark magic to change history, Ellie must risk everything including her only way home to stop the process.

When the Berlin Wall went up, Gerta, her mother, and her brother Fritz are trapped on the eastern side where they were living, while her father, and her other brother Dominic are in the West–four years later, now twelve, Gerta sees her father on a viewing platform on the western side and realizes he wants her to risk her life trying to tunnel to freedom. 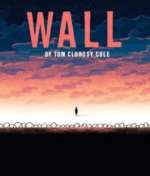 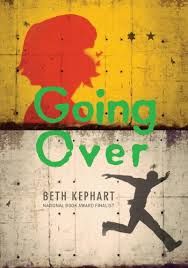 It is February 1983, and Berlin is a divided city with a miles-long barricade separating east from west. But the city isn’t the only thing that is divided. Ada lives among the rebels, punkers, and immigrants of Kreuzberg in West Berlin. Stefan lives in East Berlin, in a faceless apartment bunker of Friedrichshain. Bound by love and separated by circumstance, their only chance for a life together lies in a high-risk escape

The author describes growing up on a farm in Australia, including herding cattle, winning a ribbon at the local fair, helping her mother deliver a calf, and receiving a new pony for Christmas.