Harold is a very special bear who always wears a woolly hat, so when a crow steals the hat from him, he tries to win it back. 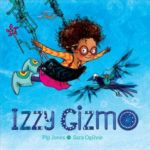 When Izzy rescues an injured crow, her imagination is pushed to its limit.

So begins Jan Thornhill’s riveting, beautifully illustrated story of the House Sparrow. She traces the history of this perky little bird, one of the most adaptable creatures on Earth, from its beginnings in the Middle East to its spread with the growth of agriculture into India, North Africa and Europe. Everywhere the House Sparrow went, it competed with humans for grain, becoming such a pest that in some places “sparrow catcher” became an actual job and bounties were paid to those who got rid of it. 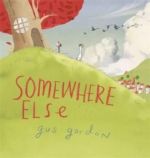 While other birds are seeing the world, George the duck is content to stay at home–or so it seems until he confesses the truth to Pascal, a visiting bear.

Pablo, nearly ten, has many questions about his origins and how he arrived at Isla as a baby, but finding the answers may mean losing his lifetime companion, Birdy the parrot.

Giraffe and Bird are not friends. Not even a little bit. The bird pesters the giraffe with his face-making, feather-pruning, and disgusting eating habits. The giraffe annoys the bird with his bad breath, ear-swatting, and lack of respect for personal space. Of course they are always fighting. Of course they would be better off without each other. Except, it turns out, maybe they wouldn’t be.

Two lonely souls find each other in this unusual tale of friendship and belonging from award-winning comic writer Cary Fagan. In her North American debut, illustrator Banafsheh Erfanian brings ornate artistry to the cage and birds that inhabit this surprisingly human story. A long-empty birdcage takes a chance and leaves behind its attic home to find a bird to keep. Out in the world, the cage encounters many birds and offers shelter to each of them. One by one, they refuse, explaining why they belong elsewhere. The cage feels lonelier than ever until the cage in search of a bird finds a bird in search of a cage.Based on an aphorism by Franz Kafka, Fagan’s original story will make readers laugh at its absurdity and ponder its meaning long after they finish reading.

For the rabbits, birds, and squirrels, the big tree is home. But then come two new arrivals with wonderful plans, all ready to create their dream house. What will it mean for the animal families if their tree is cut down? With empathy and imagination, Neal Layton offers a hopeful outlook in this simple and powerful fable about the harmony of the natural world.

Introduces a wide variety of birds, their feathers, and Plume, the cat that is stalking them.