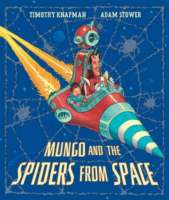 When the pages of his comic book are ripped out and he is suddenly pulled inside the book itself, Mungo has to use all his courage and wit to beat Dr. Frankenstinker at his own game in order to get back home safely.

Books can be dangerous, and so can imagination. This is the story of Annice, who has too much of both. Annice is fascinated by a picture in an art gallery. Taken by surprise, she finds herself going in to the picture, and watching the lives of the people there. She doesn’t realize the danger at first. Not until it’s too late. Annice finds herself sucked further and further into the world of the painting, until it becomes more real to her than real life. Like sleepwalking, like fantasy, she becomes part of other people’s lives, until she no longer knows what is real and what isn’t. Imagination, stories, and lies become so closely linked that Annice can’t distinguish between them. She’s told so many lies that she can no longer remember them all. Soon, she knows, she’ll be found out. And all the while, inside the world of the painting, there is an alternative life, a beautiful garden, and a tragedy waiting to happen. Interest age: 12+. 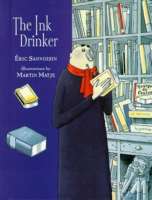 Book lovers everywhere will adore this twist on an old tale:This young boy cannot think of a worse way to spend his summer: he has to help his Dad out with his bookstore, and he absolutely hates to read!  His job is to watch the store for shoplifters, but things take a twisted turn when he spies a pale character who seems to float through the aisles of the store.But this stranger is not trying to steal books–he is drinking the words out of them with a straw!  So the boy goes on a chase to find out what this fellow is all about and they both wind up in a cemetery, where the boy discovers a taste for something much more filling than ink!

Trying to make sense of the horrors of World War II, Death relates the story of Liesel — a young German girl whose book-stealing and story-telling talents help sustain her family and the Jewish man they are hiding, as well as their neighbors.

Take a closer look at The Book Thief as examined in WOW Review.

In separate encounters with a rooster, a burro, and a wolf, a young Mexican girl is able to magically make things better. Each story uses some Spanish words, which are listed in a glossary.