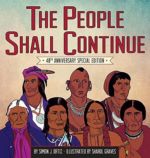 Traces the progress of the Indians of North America from the time of the Creation to the present. 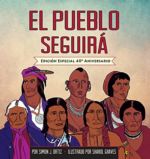 Told in the rhythms of traditional oral narrative, this telling of the history of the Native/Indigenous peoples of North America recounts their story from Creation to the invasion and usurpation of Native lands. As more and more people arrived, The People saw that the new men did not respect the land. The People witnessed the destruction of their Nations and the enslavement of their people. The People fought hard, but eventually agreed to stop fighting and signed treaties. Many things changed and became more difficult, but The People continued to farm and create crafts. They remembered and told their children, “You are Shawnee. You are Lakota. You are Pima. You are Acoma…. You are all these Nations of the People.” The People held onto their beliefs and customs and found solidarity with other oppressed people. And despite struggles against greed, destruction of their lands, and oppression, The People persisted.

With her signature narrative grace, Edwidge Danticat brings Haiti’s beautiful queen Anacaona to life. Queen Anacaona was the wife of one of her island’s rulers, and a composer of songs and poems, making her popular among her people. Haiti was relatively quiet until the Spanish conquistadors discovered the island and began to settle there in 1492. The Spaniards treated the natives very cruelly, and when the natives revolted, the Spanish governor of Haiti ordered the arrests of several native nobles, including Anacaona, who was eventually captured and executed, to the horror of her people. 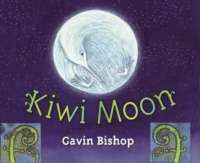 From the ancient kingdom of Kush, whose black pharaohs ruled Egypt for nearly a century, to the sixteenth-century empire of the Kongo, whose emperor was so powerful he was able to halt the trade in slaves for a number of years, the African continent rang with a series of glorious civilizations that have had a lasting impact on the world’s history, and on American culture. James Haskins and Floyd Cooper have won numerous awards for their books for young people, including several Coretta Scott King Honor awards.

Shade is the runt of his Silverwing bat colony, determined to prove himself on the perilous migration to Hibernaculum. During a fierce storm, he loses the others and soon faces the most incredible journey of his short life. 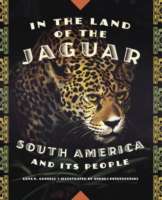 South America’s story is as varied as its geography of soaring mountains, scorching deserts, and lush rainforests.  This  book combines an often tragic history with the problems and triumphs of the present. The information ranges from “the Requirement” (a document read out by the conquistadors each time they came upon a new group of indigenous people to justify their actions) to drug cartels, from the hidden and secretive Elders (a civilization that retreated to the mountains to preserve its customs) to Gabriel García Márquez. Includes maps, an index, and bibliography.

Culca longs to dive, but girls on her native island take care of the men. The divers are essential to the survival of the village as the pearls and shells they gather are used for trading. All is not well, however. When Spanish ships full of gold sink in a storm, the village divers are taken to recover the treasure, and Culca must use her nimble wits and unflagging bravery to save her brother’s life. Culca comes through as a strong female voice. 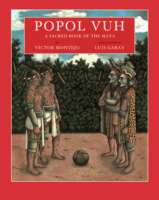