“Little Damian is getting ready for bed, and the spooky monster called La Llorona is hollering up a storm outside his bedroom window. But he’s not afraid. “You can’t scare me, silly Llorona,” says Damian, “and neither can your monster friends!” When evil-looking witch owls fly around his room and little green duendes, or goblins, make creepy noises under his bed, he’s still not frightened. Not even a little bit. The Donkey Lady, a chupacabras and even some little devils parade through his room, but Damian still isn’t afraid. A witch casting spells, a ghost rattling its chains, a cucuy with a burlap bag to catch him … nada. None of them can terrify brave little Damian. How can a little boy like him be so fearless?!? No one knows it, but Damian has a secret weapon: a night light shaped like a mighty wrestler wearing a silver mask. When he plugs it in, its bright light terrifies all the monsters and sends them running for a place to hide!

Three strangers meet in the forest and decide to hike to the top of a volcano together. Along the way, they help each other confront their fears and insecurities.

When a young girl has to move countries and start at a new school, her fear tells her to be alone and afraid. How can she hope to make friends if she doesn’t understand anyone? Surely no one else feels the same way. 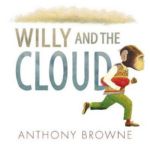 One warm, sunny day, Willy the Chimp decides to go to the park. There’s not a cloud in the sky — well, except for just a little tiny one. It doesn’t bother Willy too much at first. But as the cloud follows him, it grows bigger and bigger and becomes harder and harder to ignore. Pretty soon the cloud is all Willy can think about, and he has no idea how to make it go away. 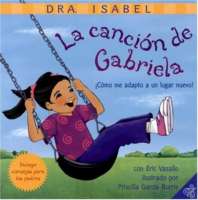