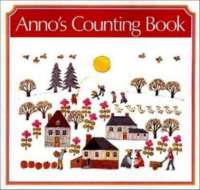 A counting book depicting the growth in a village and surrounding countryside during twelve months.

In wordless panoramas, Anno travels through history in his search for things American.

Describes the social and economic structure of life in the High Middle Ages (1100-1400), including the ruling classes, the peasantry, the urban dwellers, and members of the Church and the role each group played in shaping European civilization

When Omri puts away the cupboard in The Secret of the Indian, he vows that it will be forever. Little Bear, Boone, and the other miniature figures he had brought to life will remain plastic. But then Omri and his family move to an old country farmhouse that they inherited from a distant relative, and he unearths a faded journal hidden in the thatched roof. To Omri’s utter amazement, the notebook was written by his “wicked” great-great-aunt Jessica Charlotte on her deathbed. Even more astonishing: It reveals how the cupboard and its magic were created–and changed the destiny of his family. In trying to right a wrong done in the past, Omri finds he has no choice but to break the promise he made to himself. The magical cupboard is opened once more.