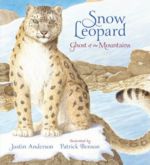 The people who live among the high peaks of the Himalayas tell stories of a mysterious animal called the gray ghost. To see one, you’d have to be very lucky indeed. Join a zoologist in the Himalayan mountains as he searches for the elusive creature. With her pale gold and silver-gray coat painted with black rosettes, she blends so well into the boulders, it’s no wonder she’s thought of as a ghost of the mountains. But the fortunate few who spot her are rewarded with a sight they will never forget. Written by an expert with firsthand experience, beautifully illustrated, and interwoven with fascinating facts, this vicarious look at a breathtaking animal includes an end note suggesting resources to explore.

Every creature in the oceanfrom the tiny snail to the enormous blue whaledepends on water for survival. This engaging book introduces children to the animals that live in the worlds oceans, rivers, lakes, and ponds. It also presents fascinating facts about the water cycle, different modes of transportation in water, and how water is prepared for drinking.

A creature has eaten his friend. Now he’s on a journey to find a new one with hilarious consequences in this bright, subversive debut picture book.

George didn’t want to waste the night moon bathing. He wanted to build a sand castle that would turn any monster green with envy! But when George meets the strangest creature he has ever seen, the night takes an unexpected turn.

Comprised of fun and playfully surprising contemporary illustrations and a satisfying tall tale, Why Dogs Have Wet Noses is a refreshing and memorable take on an old story. Told with dry humor, this is a secular story of how, not long after the world began, it started to rain, and it was the kind of rain that pounds down and never stops. Wise as he was, a man named Noah decided to build a lifeboat, and he set about gathering as many kinds of creatures as he could think of. And he had the good sense to invite slugs, spiders, and the other slimy, creepy-crawly creatures that most people try to get rid of by spraying or stepping on. He also let a funny looking dog with a big soft nose trudge on board all by himself. Had he not done so, the Ark, as you may not know, would definitely have sunk.

Tapir and Little Tapir are the quietest creatures in a very noisy jungle, but when a leopard is threatened by a hunter they teach him how to move with a very soft step, and the other animals follow suit.

One day, Mikis’s grandfather has a surprise for him: a new donkey waiting! Mikis falls in love with the creature, but his grandparents tell him that the donkey is a working animal, not a pet. However, they still let Mikis choose her name — Tsaki — and allow the two of them to spend their Sundays together. Mikis and Tsaki soon become fast friends, and together the two have some grand adventures. Eventually, both Mikis and his grandfather learn a bit more about what exactly it means to care for another creature. 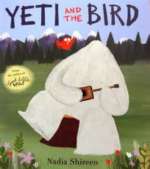 Deep in the forest lives the biggest, hairiest, scariest yeti anyone has ever seen. And he is also the loneliest yeti around. Then one day…THUNK! Someone lands on Yeti’s head. And that someone isn’t scared of Yeti at all. Could that someone be a friend?

The six teens of Recon Team Angel, genetically modified and having spent years mastering alien culture so that they can talk, act, and think like their enemies, now have their target in sight but time is running out to save humanity and themselves.