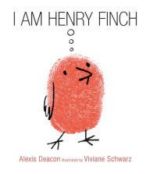 The finches live in a big flock that makes such a racket nobody can hear themselves think. But one day a small bird wakes up in quiet darkness and has a thought, and he hears it: I am Henry Finch. I could be great. The next day, the Beast comes, and Henry sees his chance—but then a mouth opens wide, and the path to greatness turns out to have some unexpected twists. da

Orion is scared of a lot of things, but most of all he’s scared of the dark. So one night the Dark decides to take Orion on an adventure.

A timid little ghost searches for a safe place to haunt. 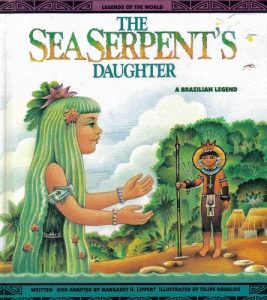 Relates the traditional Brazilian legend of how the Sea Serpent’s gift of darkness to his daughter brings night to the people of the rain forest.

In the Franklin Classic Storybook that started it all, poor little Franklin has one of the most common childhood afflictions – he is afraid of the dark. This is particularly distressing for Franklin as he happens to be a turtle, and the darkness he fears is, of course, inside his own shell. Bravely, with shell in tow, he sets forth to seek help and in the course of his travels discovers a bird who is afraid of heights, a polar bear who is afraid of the cold, and even a hydrophobic duck. In the end, Franklin discovers that everybody is afraid of something, even his own mother, and his response to what he has learned is guaranteed to draw a smile. 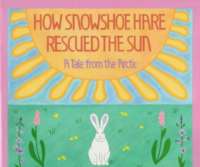 When the demons who live under the earth steal the sun leaving the tundra in darkness, the animals send Bear, Wolf, and finally Snowshoe Hare to bring it back. 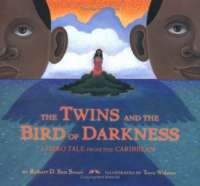 When a benevolent king and his daughter, Princess Marie, find their peaceful kingdom threatened by an enormous, evil, seven-headed bird, the brave princess offers herself as the bird’s hostage in order to prevent the entire kingdom from being thrust into eternal darkness. As soon as Soliday, a kindhearted, hardworking, and generous youth hears about the princess’s sacrifice, he vows to kill the Bird of Darkness and save Marie. His identical twin brother — the jealous, lazy, and dishonest Salacotta — accompanies Soliday on the dangerous journey, but doesn’t lift a finger in order to rescue the princess or slay the monstrous bird. And the second Salacotta sees his chance to claim that he was the one who freed the princess, he does just that. Will Soliday be able to convince everyone that he is indeed who he says? Will his brother admit his treachery? Will Soliday ever be able to trust his twin again? This timeless and resonant folktale about the forces of good and evil and the redemptive power of brotherly love is the perfect story for the ages.

Sapphire lives in two worlds. On land she walks the rocky shores of the Cornwall coast—but under the sea she can swim like a seal by the side of her Mer friend Faro. Now both of Sapphy’s worlds are threatened. In the profound depths of the ocean, where the Mer cannot go, a monster called the Kraken is stirring. He has the power to sweep Ingo away and shake the land from its foundation. Because of her mixed blood, Sapphire can enter the Deep. With a great whale as her guide, she will journey to a place so far from the sun, no light can find it—and confront an evil that’s even darker.