Eighteen-year-old Piper becomes the manager for her classmates’ popular rock band, called Dumb, giving her the chance to prove her capabilities to her parents and others, if only she can get the band members to get along. 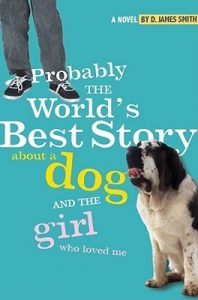 The further adventures and misadventures of twelve-year-old Paolo, his six-year-old brother Georgie, and their nine-year-old deaf cousin Billy as they try to find their missing dog, cope with a new paper route, and discover romance in their small California town in 1951.

Marnie comes to the remote fishing hamlet of Torcurra as the reluctant bride of Isake Isherwood, a lord of her parents’ farm. But two days later, while thatching the roof, Isake falls to his death. Marnie’s only kindness comes from Father Brannan, the village priest, and Raver, the strange mad boy whose incoherent cries belie his gentle heart. Taking him in one windy night, Marnie makes a startling discovery: Raver is not mad but deaf. Determined to communicate with the boy whom Marnie now calls Raven, she invents a system of hand-words. Raven learns quickly and has soon all but shed his madness. Yet while Marnie and Raven forge a deep bond, the villagers, already suspicious of Marnie’s role in Isake’s death, see his transformation as the result of witchcraft. Even as Marnie’s and Raven’s bond turns to love, and as they uncover the mysterious value of their cottage, Marnie is forced into a witchcraft trial where the test of the iron bar will determine her fate. Set in the times when magic was a force to be reckoned with, The Raging Quiet is the epic saga of a remarkable woman whose only crime is being different.

It is 1939. Paula Becker, thirteen years old and deaf, lives with her family in a rural German town. As rumors swirl of disabled children quietly disappearing, a priest comes to her family’s door with an offer to shield Paula from an uncertain fate. When the sanctuary he offers is fleeting, Paula needs to call upon all her strength to stay one step ahead of the Nazis.

“I was born, like my seven brothers and sisters, in a house atop a hill overlooking lovely Bras d’Or Lake”. So begins Christy MacKinnon’s story of life as a little girl in 19th-century Nova Scotia, Canada. Through wonderful images created with her own words and her watercolors, she tells of a simple, charming life on the family farm; of learning with her father, the master of her town’s one-room schoolhouse; and of her eventual travel to Halifax to attend a “special” school. As with many children in the 1800s, Christy became deaf after a “seige of whooping cough”, a sickness common then, which she barely survived.

Silent Observer opens to young readers a world rarely seen today. They will be thrilled by her family’s ride in a horse-drawn sleigh over a frozen northern lake, and her close encounters with a noisy bull and a “gentleman” ram. Children and adults alike will warm to her cheerful memories of the simple pleasure of playing in a flower-filled field with her brothers and sisters. They will discover, too, that young Christy crossed paths with many vital figures of the day, beginning with frequent visits by Alexander Graham Bell, and later with a momentous meeting with Helen Keller.

Silent Observer is a delightful memoir told as it was seen through the eyes of a lively child. It is also a meaningful record of life for a deaf child and her family in the far reaches of Canada at the end of an era. Silent Observer is a beautiful, sensitive story that is sure to be enjoyed by everyone. 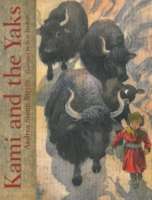 A Sherpa family discovers that their yaks are missing. Young Kami, anxious to help his brother and father maintain their livelihood, sets off by himself to find the wandering herd. A deaf child who is unable to speak, Kami climbs the steep mountainside to search the yaks’ favorite grazing spots. When he encounters the rumblings of a fierce storm, Kami uses his heightened sense of observation to finally locate the yaks. Reunited with their animals, the astonished family is once again able to transport their gear and guide the mountain climbers into the majestic terrain.

First-person stories of non-Jews persecuted by the Nazis. Personal narratives of Christians, Roma people, deaf people, homosexuals, and Blacks who suffered at the hands of the Nazis before and during World War II.