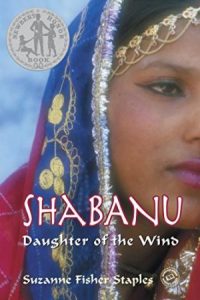 When eleven-year old Shabanu, the daughter of a nomad in the Cholistan Desert of present-day Pakistan, is pledged in marriage to an older man whose money will bring prestige to the family, she must either accept the decision, as is the custom, or risk the consequences of defying her father’s wishes.

This trilogy includes Shabanu, Haveli, and The House of Djinn.

Loosely based on the Middle Eastern folk hero Nasreddine Hodja, in this retelling young Nasreddine learns that, instead of always listening to the advice of others, it is better for one to “decide if what you are hearing is wise, or if it’s only silly and hurtful.” Humorous, earth-toned watercolor illustrations effectively use line, white space, and pacing to offer an authentic Middle Eastern setting.

In a small fishing village in British Columbia, twelve-year-old Primrose tries to be a matchmaker for her Uncle Jack, befriends Ked, a new foster child, tries to decide if she is willing to go to jail for her convictions, and together with Ked, publishes a cook book to raise money for the Fisherman’s Aid. Includes recipes.

A tempting boat trip tests an alley-rats loyalty to her best friend Priscilla, who lives in an alley behind a restaurant. Her best friend, Rosy, lives across the gutter near an ice cream store. After a busy week of stealing food scraps and scaring people, the two rodent pals decide to take Monday off together, so they can relax over Rosy’s new puzzle. hen Priscilla is invited out on a boat trip on Monday. What else can a rat do but accept? She can call up Rosy and tell a little fib. Maybe Priscilla could say she just remembered that she had already agreed to the trip. Maybe she could say she’s sick. After all, she can do a puzzle with Rosy any old time; a boat trip is really special. So why does Priscilla feel so ratty? A not-too-sweet tale about honoring your friends, Priscilla and Rosy introduces young readers to a refreshing new heroine who, despite her all-too human flaws, manages to do the right thing in the end. Linda Hendry’s inspired illustrations add the perfect touch of droll humor to Sharon Jennings witty and endearing story. 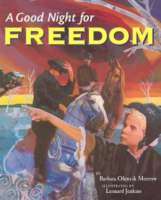 Hallie discovers two runaway slaves hiding in Levi Coffin’s house and must choose between protecting herself and her family or helping the two strangers she’s only just met. 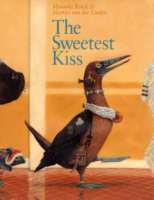 The prince must choose his princess, but does not know which one to pick. And each girl tries to think of ways to impress the prince and beat out the other girls.

Just when everything is coming together for Sam, his girlfriend Alicia drops a bombshell. Make that ex-girlfriend—because by the time she tells him she’s pregnant, they’ve already called it quits. Sam does not want to be a teenage dad. There’s only one person Sam can turn to—his hero, skating legend Tony Hawk. Sam believes the answers to life’s hurdles can be found in Hawk’s autobiography. But even Tony Hawk isn’t offering answers this time.