In 1977, when Zhongmei Lei was eleven years old, she learned that the prestigious Beijing Dance Academy was having open auditions. She’d already taken dance lessons, but everyone said a poor country girl would never get into the academy, especially without any connections in the Communist Party of the 1970s. But Zhongmei, whose name means Faithful Plum, persisted, even going on a hunger strike, until her parents agreed to allow her to go. She traveled for three days and two nights to get to Beijing and eventually beat out 60,000 other girls for one of 12 coveted spots. But getting in was easy compared to staying in, as Zhongmei soon learned. Without those all-important connections she was just a little girl on her own, far away from family. But her determination, talent, and sheer force of will were not something the teachers or other students expected, and soon it was apparent that Zhongmei was not to be underestimated. Zhongmei became a famous dancer, and founded her own dance company, which made its New York debut when she was in just her late 20s.  In A Girl Named Faithful Plum, her husband and renowned journalist, Richard Bernstein, has written a fascinating account of one girl’s struggle to go from the remote farmlands of China to the world’s stages, and the lengths she went to in order to follow her dream.

Luchi Ann only knows a few things about herself: she was born in a prison in Thailand. Her American mother was an inmate there. And now that her mother has died, Luchi must leave the only place she’s ever known and set out into the world. Neither at home as a Thai, because of her fair skin and blond hair, nor as a foreigner, because of her knowledge of Thai life and traditions, Luchi feels as though she belongs nowhere. But as she embarks on an amazing adventure-a journey spanning continents and customs, harrowing danger and exhilarating experiences-she will find the family, and the home, she’s always dreamed of. Weaving intricate elements of traditional Thailand into a modern-day fairy tale unique unto itself, Nowhere Girl is a beautifully rendered story of courage, resilience, and finding the one place where you truly belong.

The story of Sundiata, who overcame physical handicaps, social disgrace, and strong opposition to rule Mali in the thirteenth century.

Maud Lewis was born into a loving Nova Scotia family who accepted her physical limitations. When her parents died and she was forced to find her own way in the world, she married and set up a modest household in a small cabin. Despite the hardships she faced, she was able to find joy in her life, a joy that she expressed through her art. She painted canvases of animals, children, and her surroundings. Her art spilled over into everything from dust pans to the walls of her house. Maud Lewis died in 1970, but her wonderful, life-affirming art lives on and is treasured by people who understand and appreciate folk art all over the world. 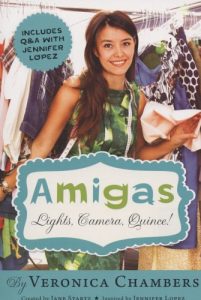 Four friends. One quince. Miami is heating up! Amigas Incorporated is officially open for business! Alicia, Jamie, Carmen and Gaz managed to throw an amazing quince for their new friend Sarita. But now that they are sophomores AND in the quince planning business, things are going to get more complicated. There is competition to deal with, not to mention pushy fifteen year olds and their overbearing mothers. Luckily, one of their own is having a quince. Carmen is turning fifteen and the rest of the friends are determined to throw her the best party ever. But in Miami, the heat is always on–and so is the drama. When the group agrees to be part of a reality show competition featuring young and upcoming party planners, Carmen begins to feel like her quinceanera is no longer in the spotlight. Will the friends find a way to balance everything? Or, will Amigas Inc go off the air?

Once there was a little snail who loved everything round-hoops and wheels and balls and balloons and, most of all, the moon. Oh, how she longed to glide gently over the moonrs”s surface, around and around and around. And so she made a daring decision-shers”d find a way to fly to the moon! This is a story about dreams and determination.

The musical superstar of 18th-century France was Joseph Boulogne—a Black man. This inspiring story tells how Joseph, the only child of a Black slave and her White master, becomes “the most accomplished man in Europe.” After traveling from his native West Indies to study music in Paris, young Joseph is taunted about his skin color. Despite his classmates’ cruel words, he continues to devote himself to his violin, eventually becoming conductor of a whole orchestra. Joseph begins composing his own operas, which everyone acknowledges to be magnifique. But will he ever reach his dream of performing for the king and queen of France? This lushly illustrated book by Lesa Cline-Ransome and James E. Ransome introduces us to a talented musician and an overlooked figure in Black history.