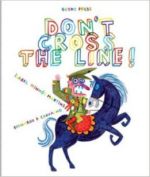 This slapstick postmodern tale is also a profound statement about dictatorship and peaceful revolution, from an award-winning author/illustrator team.

When Joseph Djugashvili was born the son of a poor shoemaker, few suspected he would rise to become one of the twentieth century’s most ruthless and powerful dictators. Enamored as a young man with the revolutionary politics of Lenin, he joined the underground Marxist Party and began his pursuit of power by leading strikes and demonstrations. Six times he was exiled to Siberia for his illicit activities, escaping many times despite below freezing temperatures and on one occasion an attack by a pack of wolves.

Exiled to the United States after her father, a Middle Eastern dictator, is killed in a coup, fifteen-year-old Laila must cope with a completely new way of life, the truth of her father’s regime, and her mother and brother’s ways of adjusting.

Every Life Makes a Story. Djo has a story: Once he was one of “Titid’s boys,” a vital member of Father Jean-Bertrand Aristide’s election team, fighting to overthrow military dictatorship in Haiti. Now he is barely alive, the victim of a political firebombing. Jeremie has a story: convent-educated Jeremie can climb out of the slums of Port-au-Prince, but she is torn between her mother’s hopes and her own wishes for herself and for Haiti. Father Jean-Bertrand Aristide has a story: a dream of a new Haiti, one in which every person would have a decent life, a house with a roof, clean water to drink, a good plate of rice and beans every day, anda field to work in. At Aristide’s request, Djo tells his story to Jeremie for Titid believes in the power of all of their stories to make change. As Jeremie listens to Djo, and to her own heart, she knows that they will begin a new story, one that is all their own, together.