Describes the new life of Nary, a Cambodian refugee, in America, as well as his encounters with prejudice. Includes some general history of U.S. immigration.

When Gervelie was born in 1995 in the Republic of Congo, her mother and father had a nice house in a suburb of Brazzaville. When fighting broke out two years later, her father’s political connections put the family in grave danger and they were forced to flee. Gervelie’s Journey follows the family from Congo to the Ivory Coast, and then to Ghana, across Europe, and finally to England. Told in Gervelie’s own voice and using her own photographs, it depicts with grace and sensitivity their long journey, their life in a new country, and their hopes for the future.

Everything in Felita’s life seems to change the year she turns twelve. Felita spends her summer in Puerto Rico, where she struggles to fit in. By the time summer has ended, Felita is beginning to feel at home with herself and her Puerto Rican heritage. 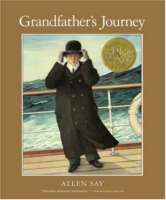 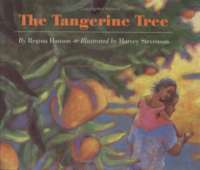 When Ida finds out that Papa must leave Jamaica to work in America, she’s heartbroken. But there is some consolation in knowing that Papa needs her to care of the tangerine tree while he’s away, and his parting gift of a book comes with a promise: he’ll be home again by the time she’s able to read it.

It is election time in Haiti, and bombs are going off in the capital city of Port-au-Prince. During a visit from her home in rural Haiti, Celiane Espérance and her mother are nearly killed. Looking at her country with new eyes, Celiane gains a fresh resolve to be reunited with her father in Brooklyn, New York. The harsh winter and concrete landscape of her new home are a shock to Celiane, who witnesses her parents’ struggle to earn a living, her brother’s uneasy adjustment to American society, and her own encounters with learning difficulties and school violence.

In letters to her cousin, a young Jewish girl chronicles her family’s flight from Russia in 1919 and her own experiences when she must be left in Belgium for a while when the others emigrate to America.