Two teenagers who are living on the streets and barely getting by become involved in a complicated criminal plot, and make an unexpected connection with each other.

“Stop it. The two of you, stop it!” Roelito howls at his father and older brother as their heated argument turns into a shoving match. Beto has again come home way past curfew, smelling like a cantina.When Beto Sr. tells his son that he either needs to follow the rules or leave, the boyza senior in high schoolzdecides to leave, right then, in the middle of the night. Once he has walked away, though, he realizes he has nowhere to go. Maybe his best friend Jessy can help.The story of Betozs decision to run away and drop out of school is told from shifting perspectives in which the conflicted lives of Roel, Beto, and Jessy are revealed in short scenes that reflect teen-age life along the Texas-Mexico border. Each one has a good long way to go in growing up. Roel fights the teachersz assumptions that hezs like Beto. Unlike his brother, Roel actually enjoys school. Jessy is smart too, but most of her teachers canzt see beyond her tough-girl façade. Her parents are so busy fighting with each other that they donzt notice her, even if shezs packing a suitcase to leave. And Beto z somewhere along the way he quit caring about school. And his teachers have noticed and given up too.René Saldana, Jr. once again writes a fast-paced, thought-provoking novel that will engage young adults in questions about their own lives and responsibilities to family, friends, and most of all, to themselves. 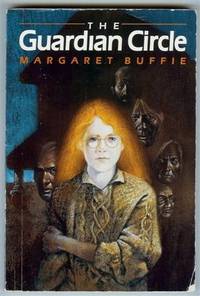 A novel for young adults. Fifteen-year-old Rachel MacCaw is angry. Her mother has walked out, her father is cross-country hauling in his huge rig, and she has been dumped on her Great Aunt Irene.

For a long time, fourteen-year-old Joseph has wondered about old Tom Leyton, his reclusive next-door neighbor. Gossip and rumors suggest that something terrible happened to Tom in the past. Then Joseph is asked to draw Tom for a school art project, and that means Joseph has the opportunity to uncover the truth about this man who passes his days tending silkworms and keeping dark secrets. As Joseph learns more and more about Tom’s world, he is forced to confront his own fears.

As she acts out the role of ” Mean Girl”- at school, with her father and brother, and even with her new boyfriend-sixteen-year-old Isabel comes to a dead end and finally confronts issues related to her mother’s death.