Two teens from different ethnic groups in present-day Afghanistan must fight their culture, tradition, families, and the Taliban to stay together as they and another village boy relate the story of their forbidden love. 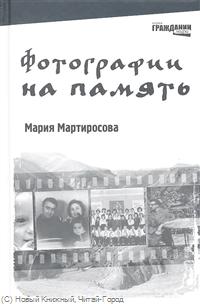 The book tells the story of the Armenian diaspora in Baku, the capital of Azerbaijan, one of the former republics of the Soviet Union. Traditionally, Baku was an international city where many different ethnic groups lived together for centuries. Armenians in Baku were an important part of the community. Historically, there were not many friendships between Muslim Azeri and Christian Armenians, but locally many families peacefully lived next to each other. The main character and the narrator of the book is Margo Manukian, an Armenian girl who grew up in Baku.

During World War II in Slovakia, a young Jewish girl in hiding becomes a devout Catholic and is sustained by her belief that she will return home to her family as soon as the war ends.

Provides an introduction to Egypt and its people, with a special focus on the day-to-day life of the children.

A strong minded older woman, Mrs. Tucker moves to a small, isolated cottage in Australia where she discovers a Njimbin–a gnomelike spirit–and she must use all her cleverness to win the battle with it for her new home.