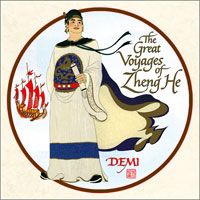 Zagora Pym has always wanted to be a desert explorer. Her father, Charlie Pym, is exactly that, and she’s always loved to look over his maps of far away exotic places. One day she’d be trekking through the deserts of Africa and China, discovering hidden treasures from lost tribes. But Zagora would never have guessed that her chance to prove herself would come so soon. Like most adventures, it starts with a mysterious letter. The question is, how will this adventure end?

Zagora’s dreams of desert exploration are about to come ture, but are she and her father and brother being followed? And will they ever make it back to civilization?

Find out what perils and pitfalls await the stouthearted explorer in this record of one man’s journey from his living room into the fantastic jungle of his imagination. 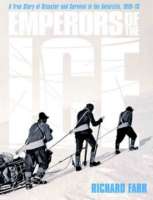 Apsley George Benet Cherry-Garrard has always dreamt of becoming an explorer. So in the spring of 1910, when Captain Robert Falcon Scott offers young “Cherry” the position of Assistant Zoologist aboard the Terra Nova, Cherry considers himself the luckiest man alive. Cherry’s luck, however, will soon change. Far off in the icy unknown of Antarctica, where temperatures plummet below –77°F, exploration is synonymous with a struggle for life. Frostbite, scurvy, hidden ice chasms, and packs of hungry killer whales are very real dangers. But even these perils don’t prepare Cherry for the expedition he and two other crew members embark upon to collect the eggs of Emperor penguins. Along the way, he will face the elements head-on, risking life and limb in the name of science. Rife with captivating details of survival in an icy wilderness, and illustrated with dozens of photographs from the actual journey, this reimagining of the famous 1910 expedition to the South Pole, told in Cherry’s voice, is an unforgettable tale of courage and camaraderie.

When fifteen-year-old Max Gordon’s environmentalist-adventurer father goes missing while working in Namibia and Max becomes the target of a would-be assassin at his school in England, he decides he must follow his father to Africa and find him before they both are killed.

Grandfather is off on an expedition to the North Pole to find the Last Polar Bears. Accompanying him is Roo, a remarkable little dog with strong views and a short attention span, and a golf cart full of equipment. The intrepid explorers set sail on the good ship Unsinkable and embark on the adventure of a lifetime. Grandfather and Roo endure storms, high seas, a temperamental sea captain, and seasickness until the ship reaches Walrus Bay. In the primitive coastal town of Walrus, Grandfather gets in a game of golf but unscrupulous wolves plague him and Roo. Finally, Grandfather and Roo and a penguin companion head off on foot to find the Great Bear Ridge, home to the Last Polar Bears.