Once upon a time, a king and queen discover among their flowers a lovely and very tiny princess perched on a leaf. Overjoyed to have found a daughter, they fashion for her a single-feather bed and watch as she grows large enough to sleep in a ring box, a teacup, and a teddy bear’s lap. But still the princess keeps growing and growing, until her head pokes through the top of even the tallest tower. 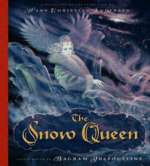 Kai and Gerda are best friends who would do anything for each other. So when Kai begins to act cruelly, Gerda knows that something has gone terribly wrong and when he disappears, she knows she is the only one who can find him. Gerda sets off on an epic journey, facing three great trials before finally discovering Kai at the palace of the evil Snow Queen.

Skippyjon Jones, the Siamese cat that thinks he is a Chihuahua dog, stars in a fairy tale set in the winter wonderland of his imagination.

Dragons and kings, frogs and spells, witches and mermaids — all the hallmark characters of traditional Polish fairy tales are found in this magical collection. Jan Pienkowski draws on a distinctive cut-paper technique learned as a child in Poland to produce dramatic and vibrant illustrations for eight time-honored stories. Celebrating honesty, loyalty, and creativity, stories such as “The Krakow Dragon” and “The Warsaw Mermaid” will captivate today’s child as much as they did young Jan during his childhood. 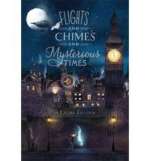 In nineteenth-century England, a boy is about to discover a mysterious mechanical world he may never escape. Ten-year-old Jack Foster has stepped through a doorway and into quite a different London. Londinium is a smoky, dark, and dangerous place, home to mischievous metal fairies and fearsome clockwork dragons that breathe scalding steam. The people wear goggles to protect their eyes, brass grill insets in their nostrils to filter air, or mechanical limbs to replace missing ones. Over it all rules the Lady, and the Lady has demanded a new son—a perfect flesh-and-blood child. She has chosen Jack. His only hope of escape lies with a legendary clockwork bird. The Gearwing grants wishes—or it did, before it was broken—before it was killed. But some things don’t stay dead forever.

Elena Rudina lives in the impoverished Russian countryside. Her father has been dead for years. One of her brothers has been conscripted into the Tsar’s army, the other taken as a servant in the house of the local landowner. Her mother is dying, slowly, in their tiny cabin. And there is no food. But then a train arrives in the village, a train carrying untold wealth, a cornucopia of food, and a noble family destined to visit the Tsar in Saint Petersburg — a family that includes Ekaterina, a girl of Elena’s age. When the two girls’ lives collide, an adventure is set in motion, an escapade that includes mistaken identity, a monk locked in a tower, a prince traveling incognito, and — in a starring role only Gregory Maguire could have conjured — Baba Yaga, witch of Russian folklore, in her ambulatory house perched on chicken legs.

After showing kindness to a strange old woman, Shiraz receives the gift of beauty but her lazy and unkind stepsister, Nargues, suffers a less pleasant fate in this adaptation of the Grimm’s fairy tale, Mother Hulda, reset in Tehran, Iran.

A memorable Russian fairy tale about a little girl who, with the advice of her wise doll, escapes a truly terrifying witch and her slimy, child-gobbling toads.

A little lamb uses her clever wiles to keep a coyote from eating her up.

Serafina was living the normal life of a village girl, when she gets a mysterious letter—her first letter ever, in fact—from a great aunt, she’s never heard of. Her great aunt is actually a Baba Yaga, a magical witch who lives in an even more magical cottage. Serafina’s life takes an amazing turn as she finds herself becoming the new Baba Yaga. But leaving behind home and the boy she loves isn’t easy, and as Serafina grows into her new and magical role answering the first question any stranger might ask her with the truth, she also learns about the person she’s meant to be, and that telling the future doesn’t always mean knowing the right answers.