A collection of thirteen traditional tales from various regions of Africa, including “The Man with a Tree on His Head,” “There’s One Day for the Victim,” and “The Two Swindlers.”

The creators of FAIRYTALE NEWS mix up favorite tales in a comical quest with a pull-out treasure map.Little Jack Hubbard can’t wait to set sail with Cap’n Horatio Hubbard on a hunt for long-lost treasure. But the ship’s wolfish crew are suspiciously big and bad, and soon Jack is diving into the waves to rescue a valuable treasure map. All seems lost until Jack is saved by the Owl and the Pussycat (in a beautiful pea-green boat) and passes a witch’s gingerbread cottage, where two kids are caught in a culinary plot. . . . With the help of a handy removable map, readers will happily follow Jack’s path to the treasure through a fractured-fairytale land.

Smee was born with a great gift: the ability to sing other people’s stories and heal their pain. But Smee also carries his own pain — his failure to reach his deaf mother and heal her grief at his father’s death. As he travels the country, he eases many people’s sorrows, but he cannot connect with anyone himself. Mitou also has a gift: spreading joy through a few notes from her accordion. When she hears about Smee–who was born on the same day she was–she knows that surely they belong together, each of them helping others through their music. They finally meet on the way to the king’s castle to sing for the beautiful Princess Esperanza. But will Mitou’s hopes be fulfilled–or is the pain of the past too great?

Rebelling against the order that forbids her to use her special powers, which enable her to make her thoughts real, Princess Lenora runs away from an unwanted marriage and falls prey to the fierce tyrant Hevak.

PRINCE SIGISMUND HAS grown up in a remote castle, dreaming of going on heroic knightly quests while staring out at the forbidden wood that looms to the west. His great-grandfather placed an interdict on the wood nearly 100 years ago, though no one seems to know exactly why. But for those still young or credulous enough to believe in magic, the rumors and stories abound—of an enchanted castle and a sleeping princess. Helen Lowe has spun a grand, adventurous, romantic tale about the prince destined to wake the sleeping princess. This thoughtful hero must delve into a world of mystery and magic to discover the truth of his own fate. Enemies with powers he never imagined abound, sometimes hiding behind a mask of friendship. And an elusive girl haunts his dreams—is she helping him or binding him tighter into a thorny cage? For Sigismund, the truth turns out to be more fantastical than any story he’s ever heard. 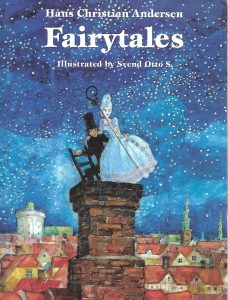 Sixteen tales including “Little Claus and Big Claus,” “Father’s Always Right,” and “The Goblin and the Grocer.”