Seventeen-year-old Abraham is in love, but his girlfriend and the grandmother who raised him are worried about his fighting, and things only get worse when his uncle introduces him to boxing. 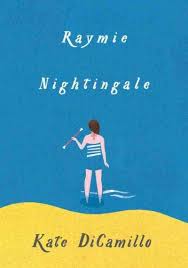 Hoping that if she wins a local beauty pageant her father will come home, Raymie practices twirling a baton and performing good deeds as she is drawn into an unlikely friendship with a drama queen and a saboteur.

In modern-day London, sixteen-year-old Miss James “Mori” Moriarty is looking for an escape from her recent past and spiraling home life when she takes classmate Sherlock Holmes up on his challenge to solve a murder mystery.

Hero, a girl who does not speak, begins to do odd-jobs for her enigmatic neighbor, Miss Credence, whose house holds a shocking secret, at the same time that Hero’s sister returns home with an abandoned boy and another secret.

While gathered together for the Christmas holiday, a large New Zealand family and their various guests and hangers-on find their lives suddenly invaded by three fascinating but rather sinister brothers and by New Year nothing is the same again.

Charlie Bucktin, a bookish thirteen year old, is startled one summer night by an urgent knock on his bedroom window. His visitor is Jasper Jones, an outcast in their small mining town, and he has come to ask for Charlie’s help. Terribly afraid but desperate to impress, Charlie follows him into the night.Jasper takes him to his secret glade, where Charlie witnesses Jasper’s horrible discovery. With his secret like a brick in his belly, Charlie is pushed and pulled by a town closing in on itself in fear and suspicion. He locks horns with his tempestuous mother, falls nervously in love, and battles to keep a lid on his zealous best friend. In the simmering summer where everything changes, Charlie learns why the truth of things is so hard to know, and even harder to hold in his heart.

“Stop it. The two of you, stop it!” Roelito howls at his father and older brother as their heated argument turns into a shoving match. Beto has again come home way past curfew, smelling like a cantina.When Beto Sr. tells his son that he either needs to follow the rules or leave, the boyza senior in high schoolzdecides to leave, right then, in the middle of the night. Once he has walked away, though, he realizes he has nowhere to go. Maybe his best friend Jessy can help.The story of Betozs decision to run away and drop out of school is told from shifting perspectives in which the conflicted lives of Roel, Beto, and Jessy are revealed in short scenes that reflect teen-age life along the Texas-Mexico border. Each one has a good long way to go in growing up. Roel fights the teachersz assumptions that hezs like Beto. Unlike his brother, Roel actually enjoys school. Jessy is smart too, but most of her teachers canzt see beyond her tough-girl façade. Her parents are so busy fighting with each other that they donzt notice her, even if shezs packing a suitcase to leave. And Beto z somewhere along the way he quit caring about school. And his teachers have noticed and given up too.René Saldana, Jr. once again writes a fast-paced, thought-provoking novel that will engage young adults in questions about their own lives and responsibilities to family, friends, and most of all, to themselves.

An angry, grieving seventeen-year-old musician facing expulsion from her prestigious Brooklyn private school travels to Paris to complete a school assignment and uncovers a diary written during the French revolution by a young actress attempting to help a tortured, imprisoned little boy–Louis Charles, the lost king of France. 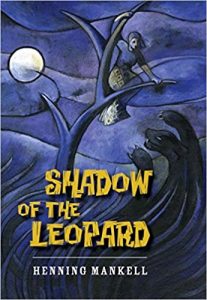 Sofia, who lost her legs as a child, is now grown up with children in Mozambique, but when she discovers that Armando, the father of her children, is cheating on her, she leaves him, igniting his terrible rage.