Brothers Gabriel and Gustavo, high school students in the Rio Grande Valley of Texas, are horrified when their father suggests that they spend the summer in California doing field work to earn extra money. They’re not immigrants; the boys and their younger sister Paula were born in Texas, and the idea of picking fruits and vegetables hard labor usually associated with undocumented workers is totally humiliating. But their father thinks working in the fields will be good for his children. After all, the experience didn’t hurt him when he was a kid. ”Look at me. I didn’t die. All that work made me stronger.” Gustavo, heading into his senior year, doesn’t want to leave his girlfriend. And what will all his friends think? Gabriel doesn’t care what anyone thinks; he’s just not interested in spending the summer doing back-breaking labor. It’s only when the promise of visiting Disneyland, after working the fields, is offered that they ultimately agree to the ”vacation.” Before long, the family finds itself in a migrant camp, living in a shack with no electricity or bathroom. Toiling in the fields by day, trying to get the hang of picking strawberries, the boys and their father attempt to make sense of it all, including the motives and hopes of their fellow workers: the manic Borrado brothers, who are the fastest pickers around, and Victor, who introduces them to the canal where the migrant teens swim, even though two boys drowned there last season. Unfortunately, while learning their way around town, the family members experience the racism frequently directed at recent immigrants. How often, Gabriel wonders, has he done the same thing and dismissed someone just for being in the U.S. illegally? In this illuminating novel for teens that sheds light on the subjects of immigrant labor and prejudice within the Hispanic community, Genaro Gonzalez blends the ageless theme of fathers and sons at odds with a contemporary issue weighing on many minds. While set in a place unfamiliar to many, the characters’ hopes and dreams for the future will resonate with young adult readers.

Gemma, a young girl living in the mountains of northern Italy, asks the blackbirds to sing to her ailing father, Duca Gennaro, and only one blackbird decides to remain when the weather becomes cooler. The story of the origins of the Days of the Blackbird.

Feisty Rose takes center stage as the highly original Casson family faces a long, hot summer. As usual, things are a bit chaotic. Eldest daughter Caddy is now engaged to darling Michael, and she’s not altogether sure she likes it. Saffy and Sarah are on a mission to find Saffy’s biological father (while cultivating hearts of stone). Indigo is cautiosly beginning a friendship with a reformed bully, who desparately wants to feel like part of the Casson family. Rose, while missing Tom (who none of them have heard from) dreadfully, enters into a life of petty crime, shoplifting small items until her misadventures nearly bring disaster. An accidental trip to London and a visit with Rose’s father lead to a startling revelation, but through it all Rose’s single-minded determination to find Tom remains as fierce as it is hopeless. Oris it?Hilary McKay has painted the fond mayhem of this delightul family with such humor, warmth, and authenticity that readers will fall in love with them all over again. Once you’ve visited the Casson household, you may never want to leave. 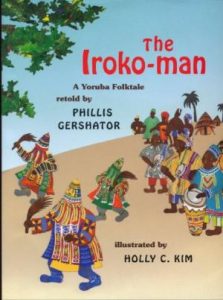 When the terrifying Iroko-man tries to take a woodcarver’s first-born child as partial payment for bringing fertility to his village, the father must find a clever solution.

Outspoken Mags decides to help her new friend Gillian, a talented violin student, reconcile with her estranged father so that he will allow her to attend a prestigious music school in England.

Hazel and Ned are home for summer vacation and looking forward to long, lazy days of sleeping late, shooting hoops, building stink bombs, and spending time with their art-dealer father. But when he disappears without saying good-bye, their summer plunges into chaos. The babysitter leaves town, their apartment is burgled, and two menacing thugs start turning up everywhere. Ned and Hazel try escaping to an island castle belonging to long-lost relatives, only to find there’s no escaping this adventure. As the siblings work to untangle the threads that ensnare their father, they learn of a second, darker secret—one that surrounds their mother’s death years ago. Only by solving both mysteries can they bring their father home.

A statue; a coin; an old book. They look as dusty as everything else in the Faulkner Antiquarian Bookstore, where 14-year-old Sam Faulkner seeks his father, who’s been missing for days. But when Sam slips the coin into the statue, he’s swept back in time — to Scotland in 800 A.D. — where he must find both the statue and another coin in order to return to the present. It’s the first step in an adventure that will take him to ancient Egypt, World War I, even Dracula’s castle and a mystery that will end only when Sam saves his father, or loses him in time.

A little boy’s father seems so large to him that he needs a ladder to cuddle him and birds nest in his father’s hair.