RISE UP! encourages young people to engage in peaceful protest and stand up for freedom. Photographs of protest posters from the last one hundred years celebrate the ongoing fight for gender equality, civil rights, LGBT rights, refugee and immigrant rights, peace, and the environment. Includes a chapter on youth protest. Developed in collaboration with Amnesty International.

Seventeen-year-old Abraham is in love, but his girlfriend and the grandmother who raised him are worried about his fighting, and things only get worse when his uncle introduces him to boxing.

In this third installment to the Montmaray Journals, Sophie and her family come together to support the war effort during World War I, meanwhile fighting to protect their beloved Montmaray.

Saba has spent her whole life in Silverlake, a dried-up wasteland ravaged by constant sandstorms. The Wrecker civilization has long been destroyed, leaving only landfills for Saba and her family to scavenge from. That’s fine by her, as long as her beloved twin brother Lugh is around. But when a monster sandstorm arrives, along with four cloaked horsemen, Saba’s world is shattered. Lugh is captured, and Saba embarks on an epic quest to get him back.

Suddenly thrown into the lawless, ugly reality of the world outside of desolate Silverlake, Saba is lost without Lugh to guide her. So perhaps the most surprising thing of all is what Saba learns about herself: she’s a fierce fighter, an unbeatable survivor, and a cunning opponent. And she has the power to take down a corrupt society from the inside. Teamed up with a handsome daredevil named Jack and a gang of girl revolutionaries called the Free Hawks, Saba stages a showdown that will change the course of her own civilization.

Twelve-year-old Griff Carver knows a thing or two about fighting crime. Because Griff’s not just any kid—he’s a kid with a badge. And if you are a criminal, he’s your worst nightmare. Griff might be the new kid on the Rampart Jr. High Patrol squad, but he’s no rookie. And he’ll do whatever it takes to clean up the mean hallways of his middle school—even if it lands him in hot water. But when Griff links cool kid Marcus “The Smile” Volger to a counterfeit hall pass ring, can he and his friends close the case? Or will Griff let down the force—and lose his badge—for good? 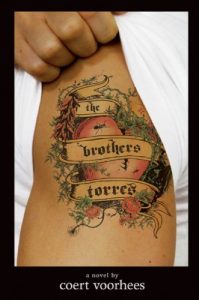 Frankie Towers has always looked up to his older brother, Steve, and with good reason. Steve is a popular senior who always gets what he wants: girls, a soccer scholarship, and–lately–street cred. Frankie, on the other hand, spends his time shooting off fireworks with his best friend Zach, working at his parents’ restaurant, and obsessing about his longtime crush, Rebecca Sanchez.

Frankie has reservations about Steve’s crusade to win the respect of the local cholos. He doesn’t think about them, though, until he gets into a fist fight John Dalton – the richest, preppiest kid in his New Mexican high school, and longtime nemesis of Steve. After the fight, Steve takes Frankie under his wing – and Frankie’s social currency begins to rise. The cholos who used to ignore him start to recognize him; he even lands a date to Homecoming with Rebecca.

The situation with Dalton continues to simmer, and after another incident Steve is bent on retaliating. Frankie starts to think that his brother is taking this respect thing too far. He may have to choose between respecting his brother and respecting himself.

In an honest and humorous debut novel, Coert Voorhees uses a coming of age story to look at where loyalty ends and the self begins.

When rogue gypsy boy Freedom Smith runs into trouble with the law, he strikes a deal with the police: Instead of going to prison for a crime he didn’t commit, he’ll go undercover — and underground — using his incredible strength and boxing skills to infiltrate a nefarious, high-tech fight club known as The Bear Pit. His mission: to save other street children from the terrible fate the Pit has in store for them. Freedom thinks he can trust Java, his newfound friend, with his secret life. If only he knew that this high-spirited, upper-class girl has a secret of her own….