Troubled because her brother has told her that the future of Earth is bleak, a little girl goes to her grandmother who assures her that there are many possible futures and encourages her to use her imagination to explore some of the alternatives.

Ali and his fiancée Zeynep dream about leaving their home in Anatolia and building a new life together in Canada. But their homeland is controlled by the Turkish government, which is on the brink of war with Britain and Russia. And although Ali finds passage to Canada to work, he is forced to leave Zeynep behind until he can earn enough to bring her out to join him. When the First World War breaks out and Canada joins Britain, Ali is declared an enemy alien.

Join the discussion of Dance of the Banished as well as other books centered around relocation on our My Take/Your Take page.

After the death of her mother, Anna and her father imagine that Heaven might be a place where one can help in God’s garden, visit with old friends, and take off one’s socks whenever one pleases.

When will I get There? How will I know? A little girl ponders what the future holds, steadfast in her determination to find out for herself. Marie-Louise Fitzpatrick’s gorgeous landscapes and the briefest of text speak to the power of imagination. Readers of all ages will find reassurance in this simple, beautiful book of ruminations about a lifelong journey toward tomorrow.

Following sentencing in the court of Judge Judas, eleven-year-old Milton and his older sister Marlo find themselves in Precocia, the circle of Heck for kids that grow up too fast.

In the year 2030, six teens who have been modified to look like the aliens who are battling for control of Earth go behind enemy lines and discover a shocking, secret alien project.

Wailana the waterbug woke up each day, to be with her friends, to go out and play.

What a joy to be seen, all the cheers and the smiles, waterbugs followed the parade on for miles.

All through the Winter, Spring, Summer and Fall Wailana’s parades would bring laughter to all! 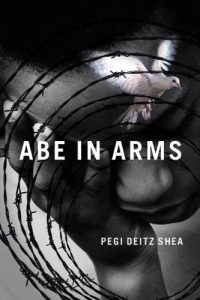 Portraying the pressures of teens to live a normal life while facing mental illness, this suspenseful young adult novel follows the journey of success-bound Abe, who struggles with Post Traumatic Stress Disorder. A senior in high school, with a loving and wealthy adoptive family, Abe is on track for a big scholarship and an open future. Suddenly, horrific flashbacks rip him back to war-torn Africa, where five years previously he lost his mother, sister, friends, and almost his own life to torturous violence. During therapy, he uncovers even darker moments from his past that make him question how he survived. This action-filled thriller will open the eyes and hearts of teenagers to the lives of young people who have been exposed to profound violence around the world.

This book illustrates the evolution of an imaginary European city from the Stone Age to the distant future.

“Pops stormed his way down the hall in a pissed-off march–trouble on the move. A quick glance at his florid, contorted face told me he was smashed. I looked down at meat, spoon, dough–anything to avoid his bleary red eyes. The stench of booze sickened me. So did my father.” In the title story of this gritty collection for teens, a young girl remembers the night her father almost killed her mother. The peace that comes when her father is put in jail is short lived though, because in order to keep him behind bars she will have to testify against him in court. Can she be strong enough to overcome her fear? What if he leaps out of his chair and attacks her too? Can she do what needs to be done in order to keep her mother and grandmother safe? In Theresa Saldana’s first collection of stories for young adults, her characters confront issues relevant to all teens, from friendship to dreams for the future. Many, though, must overcome suffering–whether physical or emotional–that impacts their sense of security and well being. A teenager survives an auto accident that has left her with multiple disfiguring scars. Will she ever be able to really live again? A young high school student prepares to leave the safety of her neighborhood where her friends have accepted her the way she is–overweight. Will her new classmates at Hunter College be able to see who she really is inside her big body? Sure to intrigue young adult readers who will identify with numerous contemporary cultural references–from reality TV shows to computers and the Internet–the engrossing stories in this collection give voice to young Latinas who, like their counterparts everywhere, yearn to be “normal.”