It is David’s first day at his brand-new school. He doesn’t know anyone. At recess, he stands alone and watches the other children enjoying their activities on the playground, from practicing soccer moves and climbing monkey bars to playing hopscotch and daydreaming in the grass. Bundled deep inside David’s pocket is a string of rubber bands, knotted and ready for a game of elastic skip.

When you live at the edge of the no-go desert, you need to make your own fun. That’s when you and your brothers get inventive and build a bike from scratch, using everyday items like an old milk pot (maybe Mum is using it, maybe not), a bent bucket seat, and bashed tin-can handles. The end result is a spectacular bike, perfect for going bumpetty bump over the sand hills, past your fed-up mum, and right through your mud-for-walls home.

It is, perhaps, the perfect video game. Simple yet addictive, Tetris delivers an irresistible, unending puzzle that has players hooked. Play it long enough and you’ll see those brightly colored geometric shapes everywhere. You’ll see them in your dreams. Alexey Pajitnov had big ideas about games. In 1984, he created Tetris in his spare time while developing software for the Soviet government. Once Tetris emerged from behind the Iron Curtain, it was an instant hit. Nintendo, Atari, Sega―game developers big and small all wanted Tetris. A bidding war was sparked, followed by clandestine trips to Moscow, backroom deals, innumerable miscommunications, and outright theft. In this graphic novel, New York Times–bestselling author Box Brown untangles this complex history and delves deep into the role games play in art, culture, and commerce. For the first time and in unparalleled detail, Tetris: The Games People Play tells the true story of the world’s most popular video game.

Karn Korlundsson is a gamer. Not a riddle solver. But in order to rescue his best friend, Thianna Frostborn, he will need to travel to the faraway city of Castlebriar (by wyvern), learn how to play a new board game called Charioteers (not a problem), decipher the Riddle of the Horn, and tangle with mysterious elves.

Twelve-year-old Johnny endures tensions between his parents, watches television coverage of the Gulf War, and plays a computer game called Only You Can Save Mankind, in which he is increasingly drawn into the reality of the alien ScreeWee.

To bring rain to his thirsty village, Pik challenges the rain god to a game of pok-a-tok. 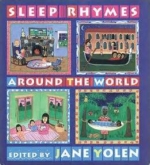 A collection of jump-rope and other play rhymes from seventeen countries, including Brazil, India, Israel, Greece, Armenia, and the United States, in both English and the original language.

When her father, an ex-soldier suffering from post-traumatic stress disorder or PTSD, is arrested for murder, Emily’s efforts to exonerate him take her into the woods to play the Game, an extreme version of childhood games.

An orphaned girl in a Ugandan refugee camp. A former child soldier in the Sudan. When survival is the priority, something as simple and normal as play seems to be a luxury that these children can do without. But Right to Play is changing that perception. Founding in 2000 by Norwegian Olympic medalist Johann Olav Koss, Right to Play begins at the grassroots community level, using sports and games to teach at-risk and underprivileged children around the world important values like self-esteem, empathy, and peace.