At the outset of World War II, Denmark did not resist German occupation. Deeply ashamed of his nation’s leaders, fifteen-year-old Knud Pedersen resolved with his brother and a handful of schoolmates to take action against the Nazis if the adults would not. Naming their secret club after the fiery British leader, the young patriots in the Churchill Club committed countless acts of sabotage, infuriating the Germans, who eventually had the boys tracked down and arrested.

As a young adult in wartime Vienna, Georg Rauch helped his mother hide dozens of Jews from the Gestapo behind false walls in their top-floor apartment and arrange for their safe transport out of the country. His family was among the few who worked underground to resist Nazi rule. Then came the day he was drafted into Hitler’s army and shipped out to fight on the Eastern front as part of the German infantry—in spite of his having confessed his own Jewish ancestry.

In the days before the Russian Revolution, twelve-year-old Feodora sets out to rescue her mother when the Tsar’s Imperial Army imprisons her for teaching tamed wolves to fend for themselves.

A novel in diary form in which the youngest daughter of Czar Nicholas II describes the privileged life her family led up until the time of World War I and the tragic events that befell them.

Get a behind-the-scenes glimpse of what it takes to change the world in this comprehensive biography that tells the complete life story of internationally renowned peacemaker Nelson Mandela. Civil rights activist. World leader. Writer. Throughout his life, Nelson Mandela took on many roles, all in the pursuit of peace. Born in 1918 in South Africa, he grew up in a culture of government-enforced racism and became involved in the anti-apartheid movement at a young age. Deeply committed to nonviolent activism, Mandela directed a peaceful campaign against the racist policies of his South African government, and spent twenty-seven years in prison as a result. In the years following his emergence as a free man, he continued his efforts to dismantle the country’s apartheid system and was awarded the Nobel Peace Prize alongside South African President F.W. de Klerk. In 1994 he was inaugurated as South Africa’s first black president and served until his retirement from active politics in 1999 at the age of eighty-one.  From Nelson Mandela’s childhood to his monumental impact on race relations and nonviolent activism, this comprehensive biography shares the truth about the man behind the iconic smile: his struggles, his triumphs, and the sacrifices along the way.

Antonio lived deep in the woods on the edge of a lake in a hotel that his mother ran. What Antonio loved most of all was exploring the woods, hoping to signs of the animals who lived there, but the animals always remained hidden, fearful of people.

It is 1424. France and England have been fighting for more than a hundred years, and Jehanne D’Arc experiences her first saintly vision. Even her parents think she’s delirious—until her next vision allows them to save the village. From a small town to the besieged city of Orleans and on to the cathedral of Reims, Joan follows her faith and leads the French to victory after victory. But not everyone believes in the divine voices she hears. Some call her a heretic and want her burned at the stake. 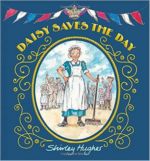 Working in a big house owned by two refined ladies to support her mother and brothers, a young scullery maid in early-twentieth-century England borrows books and dreams of a better life before saving her employers from a kitchen fire.

Born in Persia more than a thousand years ago, Ibn Sina was one of the greatest thinkers of his time — a philosopher, scientist and physician who made significant discoveries, especially in the field of medicine, and wrote more than one hundred books.