In this hilarious sequel to Mr. and Mrs. Bunny—Detectives Extraordinaire!—that even includes a guest appearance by J. K. Rowling a.k.a. “Oldwhatshername”—Madeleine wants nothing more than to save money for college, but her impractical, ex-hippie parents are broke. When the family unexpectedly inherits a sweet shoppe in England that has the potential to earn serious profit, they see an answer to all their problems. . . . Meanwhile, Mr. and Mrs. Bunny—formerly of the detecting persuasion—are looking for new professions, and Mrs. Bunny decides she would like to be Queen. 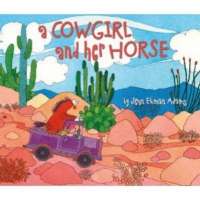 A young cowgirl demonstrates her unique way of caring for her horse, from feeding him hay sandwiches to helping him pick out new shoes. 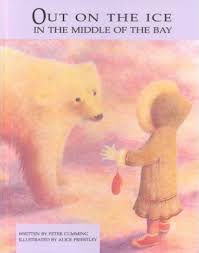 Out on the Ice in the Middle of the Bay is the poetic tale of a human toddler meeting a polar bear cub, peacefully alone, out on the ice. There follows a gripping confrontation between human father and animal mother, with their mutual distrust and anxiety for their young. 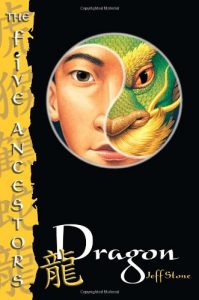 Long, the dragon-style warrior, saw his temple burned, his brothers killed, and his novice siblings fleeing to the four winds. But that was many months ago. Now the five young warriors have reunited with Ying, the redeemed renegade who put all of these events in motion, and ShaoShu, the mousy street thief, to prevent the wily mantis Tonglong from taking over China. Time is short and distances are great, and the future of China lies in the hands of five young monks.

Six thousand years ago, Evil stalks the land. Only twelve-year-old Torak and his wolf-cub companion can defeat it. Their journey together takes them through deep forests, across giant glaciers, and into dangers they never imagined. Torak and Wolf are joined by a cast of characters as they battle to save their world, in this first book in the Chronicles of Ancient Darkness.

Manu, one of five brothers who are the first humans to set foot on Hawaii, is unhappy until he saves the life of a strange creature he calls Dog-of-the-Sea-Waves, and they become fast friends. Includes facts about Hawaii and the unique plants and animals found there.