Greta Stuart has become AI. New transmitters have silvered her fingerprints. New receptors have transformed her vision. And the whole of her memory has become one book in a vast library of instant knowledge. Greta is ready to rule the world.

Greta is the Crown Princess of the Pan Polar Confederacy, a superpower formed of modern-day Canada. She is also a Child of Peace, a hostage held by the de facto ruler of the world, the great Artificial Intelligence, Talis. The hostages are Talis’s strategy to keep the peace: if her country enters a war, Greta dies. The system has worked for centuries. Parents don’t want to see their children murdered.

Just one year ago, Neryn had nothing but a canny skill she barely understood and a faint dream that the legendary rebel base of Shadowfell might be real. Now she is the rebels’ secret weapon, and their greatest hope for survival, in the fast-approaching ambush of King Keldec at Summerfort. The fate of Alban itself is in her hands. But to be ready for the bloody battle that lies ahead, Neryn must first seek out two more fey Guardians to receive their tutelage. Meanwhile, her beloved, Flint, has been pushed to his breaking point as a spy in the king’s court—and is arousing suspicion in all the wrong quarters. At stake lies freedom for the people of Alban, a life free from hiding for the Good Folk—and a chance for Flint and Neryn to finally be together.

To rescue her homeland from tyranny, Neryn must seek out the powerful Guardians to complete her training as a Caller. 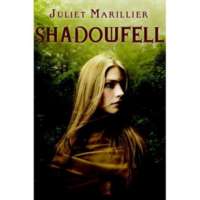 Fifteen-year-old Neryn is alone in the land of Alban, where the oppressive king has ordered anyone with magical strengths captured, but when she sets out for Shadowfell, a training ground for a rebel group, she meets a mysterious soldier and the Good Folk, who tell her that she, alone, can save Alban.

When Peter’s parents are killed, he is sent to an orphanage in Warsaw, Poland. But Peter is Volksdeutscher-of German blood. With his blond hair and blue eyes, he looks just like the boy on the Hitler Youth poster. The Nazis decide he is racially valuable. Indeed, a prominent German family is pleased to adopt such a fine Aryan specimen into their household. But despite his new “family,” Peter feels like a foreigner-an ausländer-and he is forming his own ideas about what he sees and what he’s told. He doesn’t want to be a Nazi. So he takes a risk-the most dangerous one he could possibly choose in 1942 Berlin.