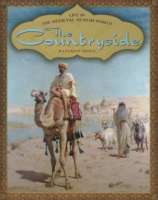 A social history of the Islamic world from the eighth through the mid-thirteenth century, with a focus on life in the desert and countryside.

This vibrantly illustrated picture book invites children to experience the traditions of Ramadan and Eid through the eyes of a seven-year-old Pakistani-American girl named Yasmeen. 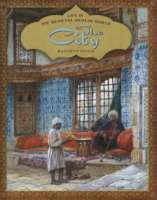 Presents a social history of the Islamic world from the eighth through the mid-thirteenth century, with a focus on life in the cities.

In 1984, Marjane flees fundamentalism and the war with Iraq to begin a new life in Vienna. Once there, she faces the trials of adolescence far from her friends and family, and while she soon carves out a place for herself among a group of fellow outsiders, she continues to struggle for a sense of belonging. Finding that she misses her home more than she can stand, Marjane returns to Iran after graduation. Her difficult homecoming forces her to confront the changes both she and her country have undergone in her absence and her shame at what she perceives as her failure in Austria. Marjane allows her past to weigh heavily on her until she finds some like-minded friends, falls in love, and begins studying art at a university. However, the repression and state-sanctioned chauvinism eventually lead her to question whether she can have a future in Iran.

Traces, in detailed drawings and text, the development through the ages of a fictional Islamic city in North Africa.

It has been ten years since Shabanu staged her death to secure the safety of her daughter, Mumtaz, from her husband’s murderous brother. Mumtaz has been raised by her father’s family with the education and security her mother desired for her, but with little understanding and love. Only her American cousin Jameel, her closest confidant and friend, and the beloved family patriarch, Baba, understand the pain of her loneliness. When Baba unexpectedly dies, Jameel’s succession as the Amirzai tribal leader and the arrangement of his marriage to Mumtaz are revealed, causing both to question whether fulfilling their duty to the family is worth giving up their dreams for the future.

This is a sequel to the novels Shabanu: Daughter of the Wind and Haveli.

Since 9/11, the world has been confronted with the most volatile facets of Islam with little explanation of how or why these controversial elements developed. Written by one of North America’s most honored journalists, Being Muslim presents an up-front and clear explanation of this complex and emotion-laden subject. Although the varying branches of Islam are analyzed and their history outlined, the real focus of the book is on the present. In speaking about and crossing political, cultural, and religious divisions, the author offers a unique perspective based on life in Canada, a country in which diverse groups of people have found a way to live in peace. Aimed at young adults, the book offers invaluable insight to readers of all ages, cultures, and religious traditions. 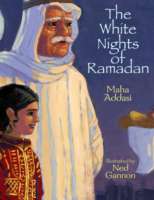 Noor lives in a country near the Arabian (Persian) Gulf. She’s looking forward to the festival known as Girgian that comes in the middle of the holy month of Ramadan. These middle days are known as the three whites, because they include the day of the full moon and day before and after. It’s when children, dressed in traditional clothes, go from house to house collecting treats from their neighbors.

When Oy and her Thai American family move to a new neighborhood, her third-grade classmates tease and exclude her because she is different.

Complete with maps and photographs, a guide provides a comprehensive review of the Israeli-Palestinian conflict through a review of the area’s history, its people, significant past and present events, and definitions of commonly used terms.