Young Martin’s discovery of a curious silver knife on the British island of Shetland entangles him in a web of greed and obsession involving a mysterious cat man, a druid legend, a buried treasure, and a long-standing feud.

This eagerly awaited addition to Joan Aiken’s award-winning Wolves series takes us on Dido’s most imaginative adventure yet! Dido Twite has been sailing the high seas, chasing after Lord Herodsfoot, who is scouring the globe for new and interesting games. Now he’s needed back in London, in the hope that his games will help King James, who is lying ill and wretched with a mysterious disease no doctor can cure. Dido’s search has taken her to Aratu, a mysterious spice island where foreigners seldom venture–maybe because of the deadly pearl snakes and sting monkeys there. When Dido lands at Aratu, she realizes that there is something even more dangerous than poisonous snakes on the island. She soon makes friends among the Forest People and learns of a plot to overthrow the island’s king, who lives–deaf and sick–at his palace on the Cliffs of Death. Will Dido and her friends be able to reach him in time?

After struggling with the death of her mother and father, Ursula worries about her beloved Aunt Dana who boarded a ship during very rough seas weeks ago and has not returned home, and finds herself faithfully waiting with fear and hope. 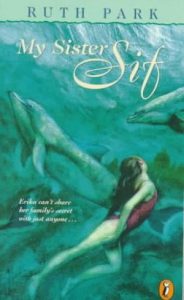 Fourteen-year-old Riko manages to get her delicate older sister Sif and herself to their remote Pacific island home, where an American scientist who falls in love with Sif and discovers her connection with an underwater race creates complications in Riko’s life.

Twelve-year-old Milagros barely survives an invasion of her tiny, Caribbean island home, escapes with the help of mysterious sea creatures, reunites briefly with her pirate-father, and learns about a mother’s love when cast ashore on another island.

When three young residents of Redwall Abbey go on a quest to recover a tapestry stolen by the Marlfoxes, their bravery removes the curse of these evil animals on a lost island. 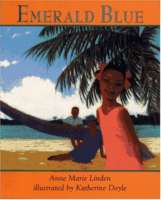 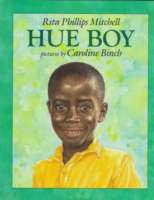 Everybody talks about little Hue Boy’s size. He gets teased by his friends at school, his mother worries day and night, and his grandma sews up clothes for him to grow into. Buy he does not change at all, even though just about everyone in the village offers advice. Yet in time Hue Boy grows to understand what it really means to stand tall, no matter what his height.

Her island neighbors call her “Darkfright” because she is so afraid of the night. As darkness comes on, Darkfright does anything in her power to keep it away–she turns on all the lights and bustles around the house as if it were day. Then one night a fallen star crashed through her door, a star that needs care and mending, and ultimately to be replaced in the night sky. The broken star helped her see things differently.

King Crispin and Queen Cedar have just had a baby daughter–Princess Catkin–and everyone on Mistmantle Island gathers for the joyful celebration of the Naming Ceremony.  But the day after, the princess suddenly disappears.  Urchin and all the brave captains are dispatched to bring back the princess, but come back empty-handed.  All clues point to Linty, an older squirrel who had gone mad with grief when two of her children had been culled during evil Husk’s reign.  The islanders fall further into crisis as a mysterious illness takes hold and begins to spread.