Osvaldo was a snail who had lived his whole life in the shadows of the darkest jungle. Perhaps that was why he had such a strong desire to visit the world of light. Together with his companion– Juanit, the ladybug– Osvaldo sets out to find the world of light.

A witty, city kitty goes on a wild journey in this lively picture book illustrated with a retro vibe and discovers that there’s no place like home! City Kitty Cat loves driving his cab through the city, visiting museums and eating at fancy restaurants. But then he makes some new friends who convince him to join them in their wild home. Can a city kitty call the jungle home sweet home? 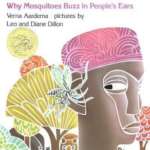 Rio Cruz and a crew of young disabled veterans are teamed up to sail around the world for charity–but when they are kidnapped by an psychotic African warlord and his band of child soldiers the trip of a lifetime turns into a nightmare journey into the African jungle.

The inhabitants of South Africa divide their activities by day and night, as the animals in Kruger National Park go about their business while the people of Johannesburg sleep and then lie down in the shade as the people wake up.

The true and tragic story of one of the most famous elephants of all time: Queenie, the gentle Indian elephant. Evoking a time when elephants were giving rides in zoos all around the world, the true story of Queenie follows her from her birth in an Indian jungle to Australia’s Melbourne Zoo, where she lived for more than forty years. 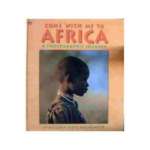 Nearly one hundred full-color photographs take young readers on a thirteen-country African safari that captures the rich diversity of African people, animals, and landscapes, from the desert Sahara to the rainforests of Zaire.

A read-aloud rebus treasure from the Ashanti in Ghana. Who is the laziest animal of all? All the animals gather together to help make a drum for the king of the jungle, but Anansi makes certain that Monkey ends up with the hardest job of all.

When lazy Leopard cannot catch Hare for his dinner, he goes after Baby Baboon instead.

Kipling’s classic Mowgli tales spring to new life with the help of stunning artwork by acclaimed illustrator Nicola Bayley.First published in 1984 in THE JUNGLE BOOK, these three stories tell of Mowgli’s upbringing by wolves in the Indian jungle. When he is a baby they save him from the tiger Shere Khan, then teach him the law and language of the jungle animals, with help from two other unforgettable characters, Baloo the bear and Bagheera the panther. In this classic edition, Mowgli’s adventures are illustrated in ravishing and exquisite detail by Nicola Bayley.