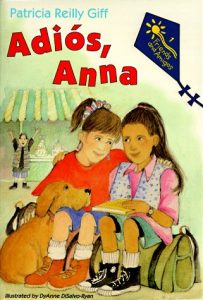 Saying goodbye for the summer to her Spanish friend, Anna, who is going away on vacation, Sarah plans to use a special library book to learn Spanish, but her plans are thwarted when the book is inadvertently left locked in Anna’s house. Original.

Casey and Steven met in Morocco, moved to China, then went all the way to Timbuktu. This illustrated travel memoir tells the story of their first two years out of college spent teaching English, making friends across language barriers, researching, painting, and learning to be themselves wherever they are.

Josepha, an immigrant boy, leaves school to begin working and says good-bye to his best friend.

Presents an introduction to Chinese writing, with each word accompanied by a pronunciation guide to the Chinese word, and its English translation.

When Lin’s beloved pet dragon disappears, she searches for him far and wide until a witch helps her to reach the dragon’s new home. This book introduces a different Chinese character on each step of Lin’s adventure. 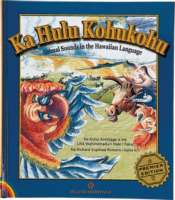 Join Ho’okohukohu, a lei-adorned red parrot, as she flies through the rolling green pastures of Hawaii, meeting up with all her animal friends. The pronunciation guide and Hawaiian-to-English translation on every page are great learning tools, while detailed illustrations and the parrot’s enthusiasm keep you focused on this interactive text. 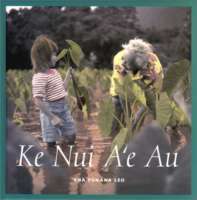 Beautiful photographs bring to life a delightful story of the choices a child has when he or she thinks about growing up. Traditional, familiar, and unique occupations are depicted with adults and children. Book is written in Hawaiian with an English translation fold-out included. 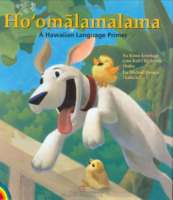 Learn Hawaiian words and numbers, practice your pronunciation, locate hidden objects, then test your newfound skills with a word puzzle. Each page includes a vocabulary list, pronunciation guide, activity, and English translation. Fun for all ages!

According to an ancient Hawiian legend, Kahalaopuna was the beautiful girl of the rainbow from the famed Valley of Manoa on O’ahu. She was betrothed to marry a chief named Kauhi, whose heart was turned by lies. As the story unfolds, we come to understand two Hawaiian truths, that of pono, righteousness, and aloha, mercy.