His face has appeared on T-shirts, postage stamps, jigsaw puzzles, posters and an Andy Warhol print. A celebrity and a tourist attraction who attended three World’s Fairs and rode in President Theodore Roosevelt’s inaugural parade, he is a character in such classic westerns as Stagecoach and Broken Arrow. His name was used in the daring military operation that killed Osama bin Laden in 2011, and rumors about the location of his skull at a Yale University club have circulated for a century. These are just a few of the ways that the Apache shaman and war leader known to Anglo-Americans as Geronimo has remained alive in the mainstream American imagination and beyond.

From the deepest heart of the Moghul palace, her face hidden by veils, Nur Jahan came to rule all of Mogul India. This book tells the story of how she introduced efficiencies, encouraged trade, and made possible a great flowering of the arts. She hunted tigers, rode elephants to war, commanded a nation from behind a curtain, and did many other things that girls were not expected to do. Sections on the clothes Nur Jahan wore, the foods she ate, and why she is remembered today are included.

This story reveals the life of a Yavapai-Apache boy named Wassaja, who was kidnapped from his tribe and sold as a slave. Adopted and renamed Carlos Montezuma, the young boy traveled throughout the Old West, bearing witness to the poor treatment of American Indians. Carlos eventually became a doctor and leader for his people.

Leading Women celebrates the impact that women in leadership roles have made across cultures and decades. This biography focuses on Golda Meir, who served as prime minister of Israel.

Leading Women celebrates the impact that women in leadership roles have made across cultures and decades.

A biography of Chinese leader Mao Zedong, discussing the battles that helped shape him and reasons behind his popularity among his countrymen.

A biography of Mao Zedong, founder of a communist state in China in 1949, hailed by some as a hero, by others, a tyrant. 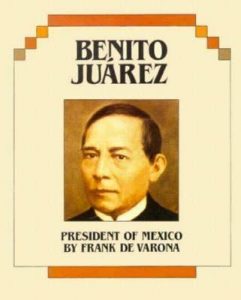 Recounts the story of Benito Juárez, who overcame the horrors of poverty and racism to become Mexico’s first president and lead his country to democracy.